“Fallen”, the new album from STRYPER, will be released worldwide on Friday, October 16 via Frontiers. The CD was tracked at SpiritHouse Recording Studios in Northampton, Massachusetts and will include a cover version of the BLACK SABBATH classic “After Forever”.

The song “Big Screen Lies” can be streamed below.

The cover artwork for “Fallen”, which can be seen below, was designed by Stanis Decker, who worked with STRYPER on 2013’s “No More Hell To Pay”. STRYPER frontman Michael Sweet says: “We sent Stanis the concept about Lucifer being cast out of heaven and he sent us this amazing illustration, capturing the original idea perfectly.”

Sweet recently stated about the musical direction of “Fallen”: “It’s gonna be… I don’t wanna scare any fans away or anything, but it’s gonna be the heaviest album we’ve done. Not in the sense that it’s gonna be thrash metal or anything like that. It’s definitely got a little bit of a darker vibe to it lyrically and musically. Some of the songs are tuned down — not like the modern Drop B stuff; I’m talking like the E dropped to D, ‘Unchained’ VAN HALEN kind of stuff. And it’s just got a heavy sound to it. And I think when people hear it, in a good way, they’re gonna go, ‘That’s STRYPER? What?’ I think they’re gonna be shocked.”

He added: “The album was written and arranged very quickly (9-10 days, actually). This by no means reflects on the quality of the album. It’s some of our best material to date and so far those who have heard it have said the very same. Chris Jericho [FOZZY singer and WWE wrestling superstar] texted me and said that ‘Yahweh’ may be the best song since reuniting.

“There are songs on this album that coincide with sitting down and reading the bible.

“The music is heavy and the lyrics are bold and powerful, some taken right from scriptures.

“Sonically, I think this is our best-sounding album to date! Everything is crystal clear. The highs are crisp and the lows are tight and punchy.” 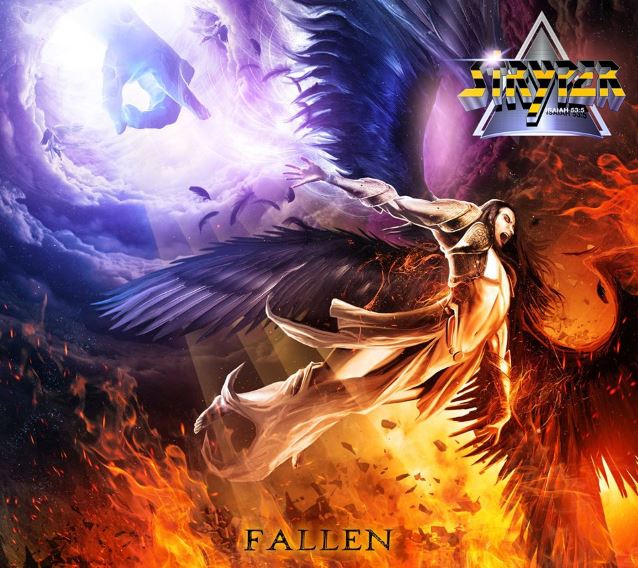