“Monster”, the new video from fromDutch/Mexican symphonic/progressive metallers STREAM OF PASSION, can be seen below. The song is taken from the band’s latest album, “A War Of Our Own”, which was released on April 18, 2014 via PIAS/Rough Trade. The CD is described in a press release as “the result of the struggle the band had to endure after they decided to part ways with their record label and continue on their own path.”

In an interview with MetalTalk.net, STREAM OF PASSION singer Marcela Bovio stated about the band’s split with Napalm and decision to release the new CD themselves: “It was around two years ago that we started the whole process for this album, and to be honest, by then we already felt that working with Napalm wasn’t going all that well, for multiple reasons.

“When we started working on this new album, we went to them with demos of the first few songs and they didn’t really seem to get what we were doing. We had an option in our deal, so it wasn’t that we really had to make another album with them and their reaction triggered us to looking at what else we could do. We checked all our options, like looking for another label and so on, and we came up with the idea of crowdfunding. It seemed like a very big risk to take, but we thought if we do this, it will put us in a very different place. We hesitated for a while before making the decision but eventually decided to go for it… We did some research into how it worked and set up the campaign through a crowdfunding web site, and it went really well! We managed to raise a whole lot of money, much more than we ever expected to.”

The red thread of the album is conflict in all its forms: personal battles, like disease and depression, corporate battles the band was confronted with themselves, but also the turmoil that destroys a land, mainly the drug wars of Mexico, the native country of Bovio. Musically the band has perfected their sound by ambitiously pushing their boundaries; “A War Of Our Own” is more progressive and melodic than ever, with symphonic elements and an emotional undertone, heavy with Latin-American influences.

Regarding the musical direction of “A War Of Our Own”, Marcela told MetalTalk.net: “Our previous album, ‘Darker Days’, in a lot of ways was a little bit difficult to make what with the whole process of me moving from Mexico to Holland and finding my inspiration. In the end, it worked really well and it put us, or certainly me at least, a little bit back on track and I knew what I wanted to do next.

“A couple of years ago, when we started to write these new songs, I already had the idea, I wanted to make it a little more progressive. It was our goal from the beginning to be more ambitious with the songs, and I think we have really managed to do that. There are a lot more progressive influences in the album, but you can still hear that little Latin thing we do, and of course, a lot of symphonic elements still. That melancholic, dramatic feeling we’ve always had is still there too. I’m really happy, as I think we really managed to put down on those songs exactly what we were thinking of doing.”

“A War Of Our Own” track listing: 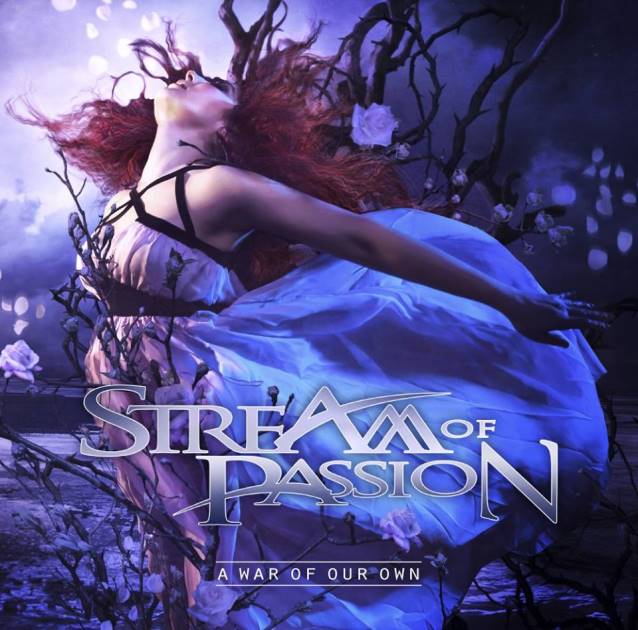