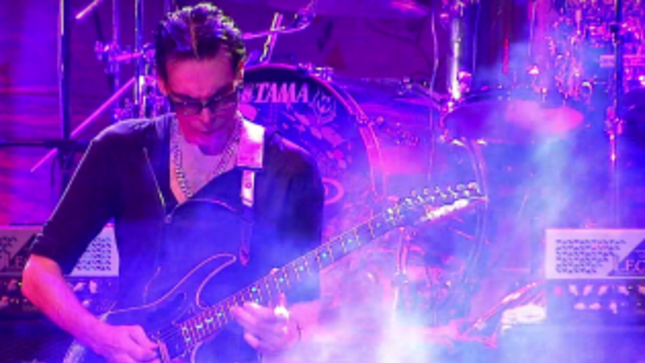 The clip below features an inside look at how guitar legend Steve Vai’s sound engineer, Greg Wurth, worked with BAE Audio’s equipment on the new DVD/CD, Stillness in Motion: Vai Live in L.A.:

An exclusive full performance of guitar legend Steve Vai’s “Weeping China Doll” from the 2DVD release, Stillness In Motion: Vai Live In L.A. can be viewed below:

The double album and DVD, was released April 7 through Sony Music Entertainment and Legacy Recordings, were recorded October 12, 2012, at L.A.’s Club Nokia. It was the 49th show from Vai’s Story of Light World Tour.

“To say this tour was a powerful life experience would be like saying the sun is hot,” Vai writes in the Stillness in Motion liner notes. The power and  heat show in this new video, which you can check out below.

The 2DVD configuration of Stillness in Motion includes a bonus disc featuring “The Space Between the Notes (Tour Mischief),” a video diary featuring more than three and a half hours of footage filmed onstage, offstage and behind-the-scenes during the Story of Light World world tour.

Vai recently checked in with the following update:

“Today I received the first pressing of Stillness In Motion that’s coming out on April 7. Steve Vai is one wildly happy guy!

The bonus footage is called The Space Between The Notes and is over 3 and a half hours. It’s sort of tour diary that has some footage from every city we visited.

I’m very excited for you to enjoy this. The viewer gets to be with us in our trek around this amazing blue globe, and you can get a good snippet of what life on the road, or at least our road, is about. It was a monumental task that took 5-6 months of 10-15 hour days to edit together, but when I finished it and watched it I felt as though it was perhaps the best work I have done to date. 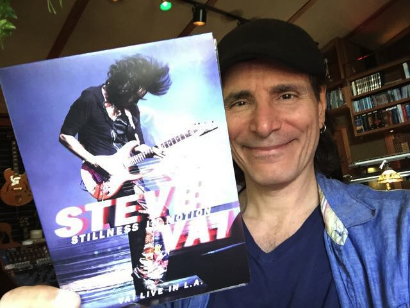 An iTunes pre-order in now up and running at this location. A snippet of the track “Velorum” is available on the page.

Vai’s first release under the new Sony/Legacy agreement will be Stillness In Motion – Vai Live in L.A., a spectacular performance recorded October 12th, 2012 at Club Nokia in Los Angeles. Available in 2CD and 2DVD configurations, Stillness In Motion revisits the 49th concert from Vai’s monumental Story of Light World Tour.

Running from 2012 through 2014, The Story of Light World Tour totaled out at 253 engagements (including shows, master classes and concerts with various orchestras) in 52 countries.In addition to the full Club Nokia performance, the 2DVD configuration of Stillness In Motion includes a bonus disc premiering The Space Between the Notes (Tour Mischief), a revelatory video diary comprised of more than three and a half hours of footage, lensed around the world on-stage, off-stage and behind-the-scenes during Vai’s epic Story Of Light World Tour.

“To say that this tour was a powerful life experience would be like saying the sun is hot,” writes Steve Vai in his personal liner notes penned for Stillness In Motion.

Following Stillness In Motion, Sony/Legacy will release an album of new Steve Vai material, marking a significant next chapter in the musician’s growing canon.

The new multi-album deal marks an SME homecoming for Vai, who set the gold and platinum standard for rock instrumental music across a series of albums released through Relativity and Epic Records from 1990’s game-changing Passion and Warfare (his 2nd album and 1st major label release) through 2007’s orchestral Sound Theories, Vol. I & II. 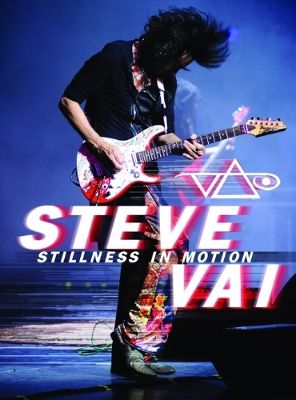 Disc 2
“The Audience Is Listening”
“Rescue Me Or Bury Me”
“Sisters”
“Treasure Island”
“Salamanders In The Sun”
“Pusa Road”
“Frank”
“The Ultra Zone” (CD Version)
“Build Me A Song L.A.”
“For The Love Of God”
“Taurus Bulba”

Disc 1
“Intro/Racing The World”
“Velorum”
Band Intros
“Building The Church”
“Tender Surrender”
“Gravity Storm”
“The Trillium’s Launch”
“Weeping China Doll”
“John The Revelator”
“The Moon And I”
“The Animal”
“Whispering a Prayer”
“The Audience Is Listening”
“Where Are We”
“Rescue Me Or Bury Me”
“Sisters”
“Treasure Island”
“Beastly Rap”
“Salamanders In The Sun”
“Pusa Road”
“Earthquake Sky”, Drum Solo
“I’m Tired”
“The Ultra Zone”
“Frank”