Called SPIRITS OF FIRE (after the title of one of their songs), the band has completed work on their debut album which is set for release on February 22 via Frontiers Music Srl. The music can best be described as “classic JUDAS PRIEST meets SAVATAGE.”

Today, SPIRITS OF FIRE has released its first video and single, “Light Speed Marching”. Check it out below.

Caffery said: “My influences for writing on this record were the bands that we were and are still in! I wanted to write songs that PRIEST, SAVATAGE, TESTAMENT and FATES WARNING fans would like. But I wanted them to have a personality of their own as well. To give it a vibe that was SPIRITS OF FIRE! I grew up listening to JUDAS PRIEST and spent 30-plus years working with Jon Oliva and Paul O’Neill with SAVATAGE and TSO. Many years playing Criss‘s music. These influences for me came naturally! Especially because I’m a fan of all of our bands!

“This was the first time that I ever worked with Roy and it was so much fun. I have been a huge fan of his work for a long time. He’s written music, played on, and produced some of my favorite metal albums ever. He had a difficult job bringing this all together and I can’t think of anyone that would have been a better producer and co-worker for this album!”

Added Owens: “I always just sing to the song, whatever I feel it should be. It’s like a character thing! I like layers! This music is really perfect for me and in my natural wheel house. I like to sing all over the place and change it up and this all happens on this album. This is just the start of an amazing band, I mean sky is the limit and I actually can’t wait to record the next album, because this one is so great and perfect.”

Zonder stated: “I am the kind of player that plays what I think fits best with the music. With SPIRITS OF FIRE, the music was more aggressive and hard hitting which I really liked. Again, I tried to be very mindful of the song and the vocals, but tried to add parts that were interesting and creative for the listener.” 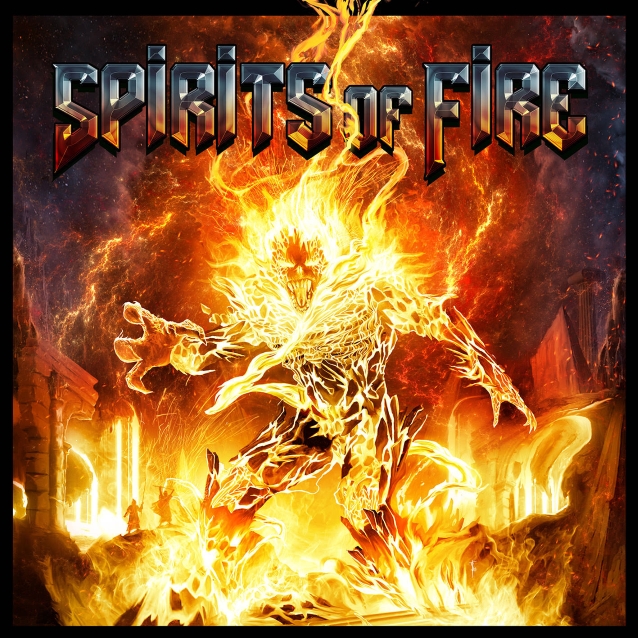