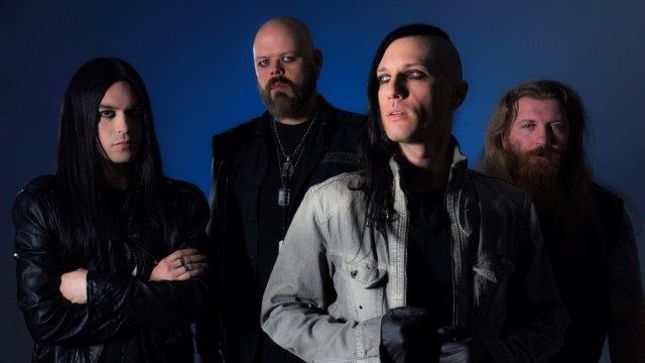 On Saturday, February 28th at 9:00pm PST, Society 1 will be performing live for a broadcast from an undisclosed location in Hollywood, CA. The event will be streamed for free by BigTimeBroadcasting.com, and a live chat will also be available during the entire concert as well as the interview just prior to the show.

“This is our way to bring the show to everyone that wants to see it but just can’t make it wherever we are performing. Now with Big Time Broadcasting just about any band has the opportunity to get anywhere in the world live. It’s just a click away,” explained Matt Zane

The band will be performing 15 songs spanning their career which began with the release of Slacker Jesus in 1999 to their latest, A Collection Of Lies.

Log on to BigTimeBroadcasting.com to see the entire event streamed live. 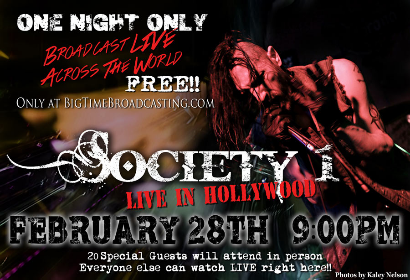 Society 1 have officially announced their new guitarist – Alex Crescioni. Alex will be stepping in as a full-time member, while Sin Quirin departs on a worldwide tour with Ministry.

“I’m extremely honored to be a part of the Society 1 family,” says Alex. “I looked up to them as a teen during the whole nu-metal phase with bands like Korn, Coal Chamber, Static-X, and Deftones. I’m truly grateful to share the stage with such professional and inspirational musicians.”

Prior to joining the band, Alex produced, mixed, and mastered Society 1’s latest single “It’s Yours Now” in 2014. “I was given a chance to really get to know the guys in the studio, while recording their latest effort, Rise From The Dead. We tracked ten songs live in an eight-hour session through a Neve 5088 console. The raw tracks came out fantastic. These guys are just as tight in the studio as they are live, and now I have the pleasure to join them on stage.”

A new music video is in the works for the track “Pain And Torture” off their new album, A Collection Of Lies. Lord Zane will be taking on directing duties yet again for the new video. The band will continue regional touring throughout the year to further promote the new album.