SLIPKNOT has shared a cryptic teaser video for some sort of announcement.

The one-minute clip, which can be seen on the band’s official web site, features brief teases of the members’ new masks interspersed with footage from SLIPKNOT‘s past eras. Also included is a counter that begin rapidly counting up until it stops on the number 0516, suggesting that more information will be made available this Thursday, May 16.

SLIPKNOT singer Corey Taylor worked on his new mask with special effects legend Tom Savini, whose extensive career in the film industry and especially the horror genre dates back to the late 1970s, including in such films as “Friday The 13th”, “Dawn Of The Dead”, “From Dusk ‘Til Dawn” and many others.

SLIPKNOT‘s first performance in more than two years will take place on the Friday, May 17 episode of “Jimmy Kimmel Live!” The band will play several songs on the show’s outdoor stage in front of a standing-room-only crowd.

SLIPKNOT‘s new album will be released on August 9 via Roadrunner. The disc will include the song “All Out Life”, which was released last October. The track’s accompanying video was directed by the band’s own M. Shawn Crahan.

SLIPKNOT‘s sixth album is once again being recorded at a Los Angeles studio with producer Greg Fidelman, who engineered and mixed SLIPKNOT‘s 2004 album “Vol. 3: (The Subliminal Verses)” and helmed 2014’s “.5: The Gray Chapter”.

SLIPKNOT‘s “Knotfest Roadshow” headline tour will take place in North America this summer. VOLBEAT, GOJIRA and BEHEMOTH will join as special guests on all dates.

Produced by Live Nation, the 29-city outing will kick off July 26 in Mountain View, California at Shoreline Amphitheater and continue through September 8 where it will conclude with a performance at Cynthia Woods Mitchell Pavilion in The Woodlands, Texas. 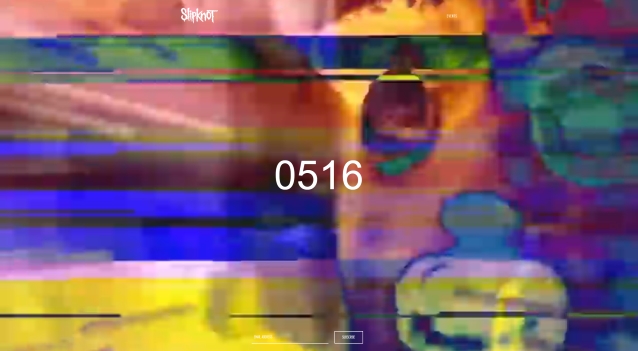