SLAYER frontman Tom Araya has spoken out against handful of “cyberbullies” who have allegedly attacked his wife on the Internet after she withdrew her support on their Facebook page over accusations of “distasteful, rude and disrespectful” behavior.

In an audio message posted on Sandra Araya‘s Facebook page, Tom said: “Hi. This is Tom Araya, and I’d like to talk to you about something that has recently spiraled out of control.

“I hate to blame an entire group for the actions of a few.

“There is a group on Facebook that associate themselves with my band, SLAYER, Claiming to be fans, they made up a sign that they use to represent themselves as SLAYER fans. They call themselves Fucking Slayer Gang, [or] FSG. They came into existence about eight months ago and had approached my wife, Sandra, under the guise of a family asking for support and if she would ask me if I would also show support by throwing the SLAYER hand sign that they had come up with.

“After a few months had passed, my wife did not like how this group was managing their Facebook page and decided it was best to leave their group and all other groups she was part of. The conduct that this group was showing, and has shown, is distasteful, rude and disrespectful to all SLAYER and metal fans.

“Now, I [flashed] this sign [for a photo] in support for my wife, who later told me that it was not a good idea to associate with this group or sign, that they were cyberbullies and that they would attack anyone who questioned their motives, and have even gone as far as attacking my wife publicly on SLAYER fan pages and metal fan pages.

“It has come to our attention that they have taken liberties with the photo of myself and my wife [throwing] the so-called ‘SLAYER sign’ by posting these pictures and claiming our support. Well, I’m here to say that it’s not true. We do not support this gang or such behavior.

“The metal community is a growing community of loyal fans, not only to the bands that they support, but to each other.

Back on June 6, 2006 (6/6/06), an unrelated group of SLAYER fans launched the International Day Of Slayer, reminding listeners to “make [their] voice heard” every June 6 by, among other things, “listen[ing] to SLAYER at full blast at [their] place of employment” without using headphones. According to the organizers, “The objective of this day is for everyone within earshot to understand that it is the National Day of Slayer. National holidays in America aren’t just about celebrating; they’re about forcing it upon non-participants.”

In a 2013 video message to fans, SLAYER guitarist Kerry King spoke about the International Day Of Slayer and how it was hard not to be consumed with thoughts of Jeff Hanneman, SLAYER‘s founding guitarist who tragically passed away in May of that year. He said: “I’m pretty stoked. The fans are so adamant about [the International Day Of Slayer] existing that it’s still here, what’s this, seven years after they did it the first time, so that’s pretty cool.” 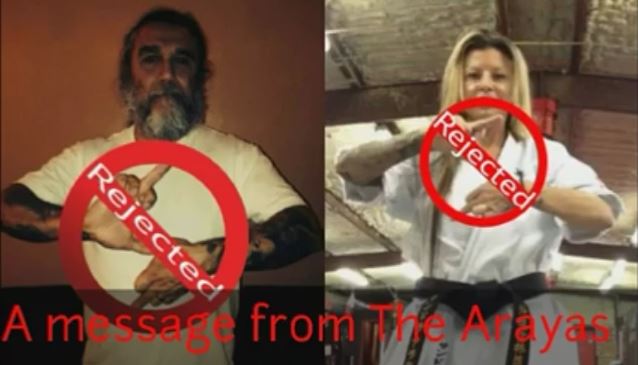