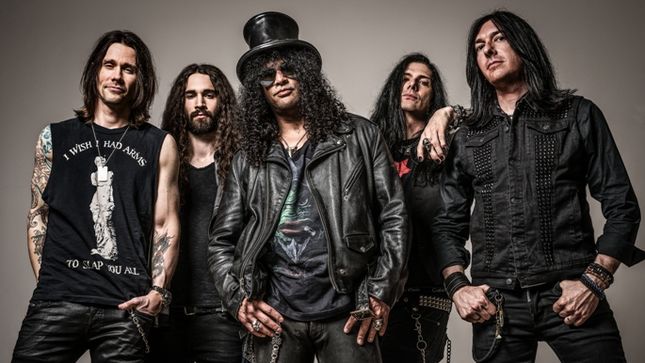 Slash Featuring Myles Kennedy And The Conspirators will kick off a US tour Saturday, April 25th in Orlando, FL. Today the group announces new shows (New Orleans, Sioux City, Austin and Dallas) that have been added to the trek encompassing headlining shows and festival appearances.

The month-long US tour is the first solo tour supporting the group’s studio album, World On Fire, which is Slash’s third straight solo album to debut in the Top Ten in the US and the second album with his official band The Conspirators, which features Myles Kennedy (vocals), Brent Fitz (drums), Todd Kerns (bass) and Frank Sidoris (touring guitarist).

In addition to festival appearances at WJRR Earthday Birthday, Welcome To Rockville, Carolina Rebellion, Rise About Fest and Rock on the Range, the global rock heavyweights will headline New York City (Terminal 5), Baltimore (Rams Head Live), and Chicago (Concord Music Hall), among other cities, before wrapping Saturday, May 23rd in Houston (House of Blues). Tickets for the new dates will go on sale starting Friday, (February 27th) at Slashonline.com (see itinerary below).

“The World On Fire tour has been nothing short of awesome,” says Slash, “so I can’t wait to jump on these US festivals in May. As well as mix in our headlining show for a bunch of dates along the way.” 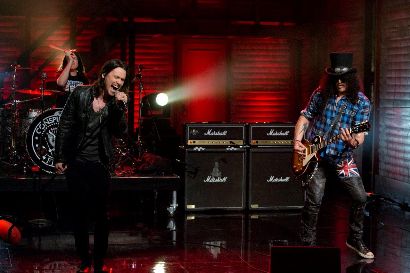