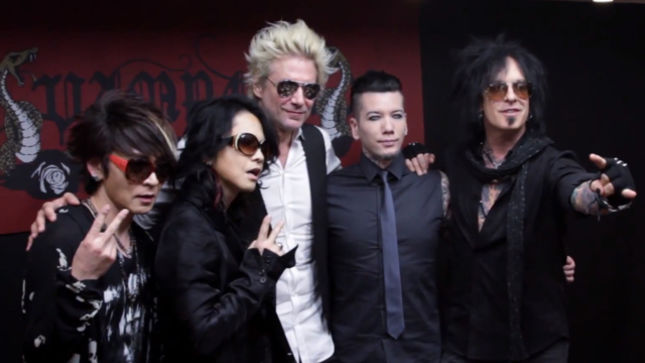 Highlights of Sixx:A.M.’s trip to Japan for VAMPark Fest 2015, the band’s first ever international gig, can be seen in the clip streaming below:

Sixx:A.M. recently debuted the lyric video for their cover of “Drive”, from the Modern Vintage album. “Drive” was originally issued in 1984 by The Cars. It was the third single from the band’s Heartbeat City album. Upon its release, “Drive” became The Cars’ highest charting single in the United States, peaking at number three on the Billboard Hot 100 chart; on the Adult Contemporary chart, the song went to number one.

Next month, Sixx:A.M. will embark upon their first ever headlining tour with special guests Apocalyptica and Vamps. Confirmed dates are as listed: 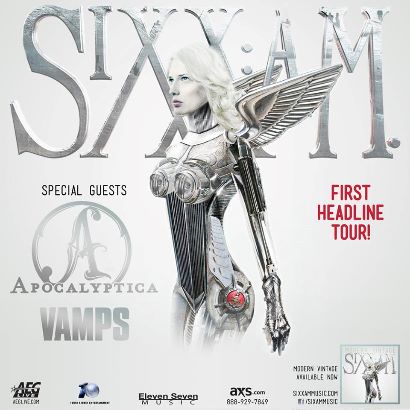