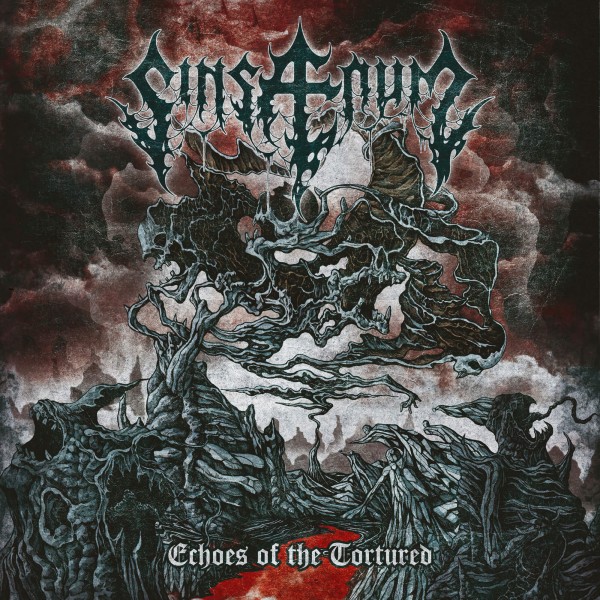 Fantomas. Bloodbath. Heaven & Hell. Killer Be Killed. Probot. Down. Eibon. Twilight. These are just a few of the metal super groups that have sprung up over the years, some successful, others not so much. What makes a super group successful? Well, one might be fooled into thinking that it comes down to the personas attached to a project. This might be true for genres outside of metal, but we metalheads are a fickle bunch, and if something smells like shit, regardless of how shiny or big that steaming turd is, it’s still shit. Case in point: The Damned Things, featuring members of Anthrax, Fall Out Boy, and Every Time I Die. You would think, given Scott Ian’s track record – Anthrax, S.O.D – that anything he put together would be a win right out of the gate, right? Well, that did not happen. The thing tanked – big time. Anyway, let’s not continue to beat a dead horse, as there is at least one great super group for every dud… it kinda evens itself out.

One of the bigger metal projects to have come out in recent times is the conglomeration of death, power, black, and nu metal musicians known as Sinsaenum. This band features, most notably, ex-Slipknot drummer, Joey Jordison. Joining Joey are Frédéric Leclercq (Dragonforce), Sean Zatorsky (Ex-Chimaira), Stéphane Buriez (Loudblast), Heimoth (Seth), and one Attila Csihar (Mayhem). If you were expecting Mayhem, well, you’ll definitely hear similarities. If you were hoping for Slipknot, well, you are about to embark on an epic and blackened musical journey that makes the nu-metal darlings sound like grannies Christmas jingles in comparison. To really nail this beast into perspective, let’s look at the third track from their first full-length album, entitled Echoes Of The Tortured. This track, “Splendor And Agony”, sounds as if it was literally pulled from Morbid Angel’s Domination album, a classic released twenty two years earlier. The song goes onto pull bits and pieces from contemporary bands, such as Goatwhore and Aeon. The entire 23 track affair (ten of which are purely instrumental), pays homage to many of the big names in extreme metal – Vader, Behemoth, Paradise Lost, Dimmu. Satyricon – among many others. It’s immediately clear that these guys know how to write a song, as every track dissects the best parts of what makes the aforementioned bands so special, and adds their very own twisted brand of extremity. This is the album Zyklon should have released after their 2006 swansong, Disintegrate. Make no mistake about it, this is one super group that deserves your undivided attention.