SHINEDOWN has announced plans to headline the 2016 “Carnival Of Madness” tour. The sixth annual trek — also featuring HALESTORM, BLACK STONE CHERRY, WHISKEY MYERS, and more — embarks July 20 at Southhaven, Mississippi’s Landers Center and then travels through mid-August. Pre-sales begin on Tuesday, March 15 at 12:00 p.m. local time; all remaining tickets will be available in most markets from Friday, March 18 at 10:00 a.m. local time. Fans will have the option to purchase a special collector’s edition 3-D ticket commemorating the event when they purchase tickets for the tour.

SHINEDOWN frontman Brent Smith says: “I’ve always envisioned the ‘Carnival Of Madness’ as more than just a music festival. It is a celebration of rock music where the lines between those on stage and those in the audience are blurred. Where everyone is sharing in this amazing moment. Truly experiencing the power of rock music together. This year, we’ve gathered artists from across the rock spectrum to bring the most dynamic ‘Carnival Of Madness’ to date. Come join us.”

SHINEDOWN released a video in December for the song “State Of My Head”, from the band’s fifth studio album, “Threat To Survival”. Although it’s got a different style for SHINEDOWN, frontman Brent Smith told The Pulse Of Radio it’s his favorite song to listen to from the record. “It’s just stupid, stupid hip,” he said. “It’s just really fresh, it’s really, really cool, and we’re gonna get what we’re gonna get from one side of opinions and personalities for that song and that’s totally fine. It’s just got this fresh rhythm and, I don’t know, for some reason I listen to that song and I kind of feel tough after I hear it. It’s one of those songs that can empower you, I think, in a lot of ways.”

Smith previously stated about the writing process for “State Of My Head”: “‘State Of My Head’ was actually built around its rhythm, inspired by the bounce of the song and the way the track moves. Usually I write with a melody in mind, but this time, it was more about the flow. We really didn’t have the other instrumentation down — I pretty much wrote it to a drum track. We will always be ‘rock and roll’ to the bone, but this song is a prime example of how we refused to limit ourselves on this album.”

“Threat To Survival” is the third SHINEDOWN album to enter the chart in the Top 10, following “Amaryllis” and 2008’s “The Sound Of Madness”, which debuted at No. 8. 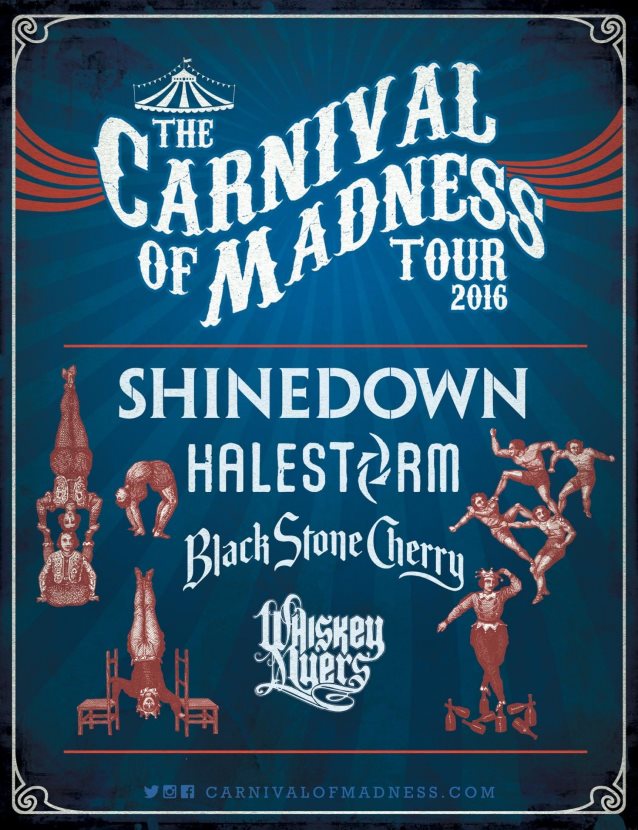