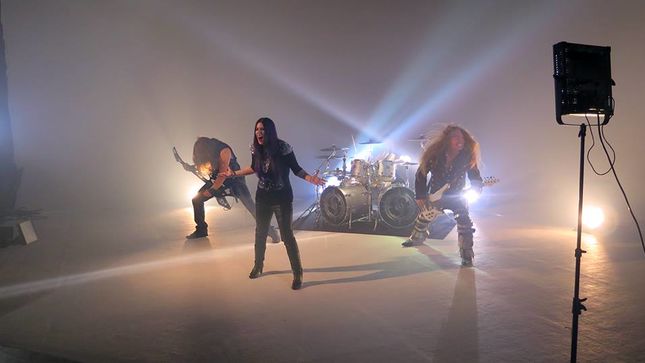 Brazilian metal band Shadowside have posted behind-the-scenes footage from a recent video shoot for a song on their as-of-yet untitled forthcoming album. The song is rumoured to be called “Alive”. Check it out below.

The new Shadowside album features the collaboration of Andy La Rocque, guitarist known worldwide for his work with King Diamond. La Rocque wrote a few songs together with new bassist Magnus Rosén which will be on the new album.