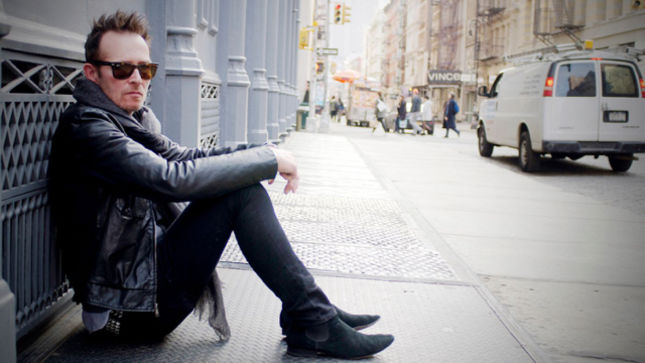 TMZ are reporting that Scott Weiland’s tour bus was a pharmacy on wheels… police found a stash of drugs on board that ran the gamut from hardcore narcotics to prescriptions to ED meds.

Says TMZ: “TMZ obtained a copy of the search warrant Bloomington, MN cops got to search Weiland’s bus after his death – and it shows they found at least two bags of a white substance. They’ve already said that substance tested positive for cocaine. Also on the bus – a generic version of Xanax, two different brands of sleeping pills, Buprenorphine… a synthetic opiate painkiller, and Viagra. There was also Ziprasidone, which is used to treat bipolar disorder and schizophrenia. Scott was diagnosed as bipolar in 2001.

“According to the docs, all of those drugs were found in a bedroom on the bus. We know Scott’s body was found in a bedroom… although the document does not mention his name. Cops also found one bag of a green, leafy substance.”

The bandmate arrested on a drug allegation in connection with the death of Scott Weiland outside a Bloomington hotel has been released from jail as authorities continue their investigation, reports StarTribune.com.

Weiland, 48, was found dead Thursday night (December 3rd) in his tour bus, and cocaine was located in the bedroom of the vehicle, authorities said.

This week, Weiland’s ex-wife wrote for Rolling Stone magazine an unvarnished view of him as a neglectful father to their two teenage children who battled paranoia for years and had trouble remembering lines to his own songs.

“Over the last few years, I could hear his sadness and confusion when he’d call me late into the night, often crying about his inability to separate himself from negative people and bad choices,” Mary Forsberg Weiland wrote.

Best known for fronting the multiplatinum 1990s band Stone Temple Pilots, Weiland had been scheduled to perform at a club in Rochester on Friday. He was dead when officers arrived at the bus outside the Country Inn & Suites at the Mall of America.

Otterness said his department is awaiting toxicology results from Weiland’s autopsy. “We could be looking at four to eight weeks” before the Hennepin County medical examiner’s office has details to release, the deputy chief added. 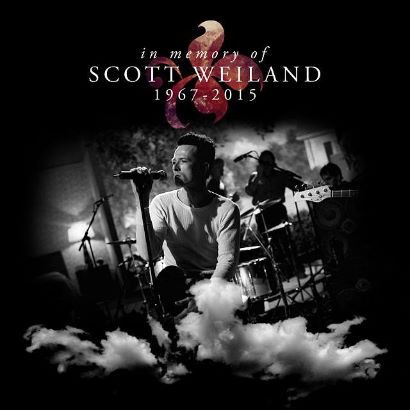 You can now donate to MusiCares in memory of Scott Weiland. When donating, for donation type select ‘tribute.’ On the second page, put In Memory of Scott Weiland. You then have the option to write a personal message. Notes and donor names will be shared with the Weiland family. MusiCares provides a safety net of critical assistance for music people in times of need. MusiCares’ services and resources cover a wide range of financial, medical and personal emergencies, and each case is treated with integrity and confidentiality. MusiCares also focuses the resources and attention of the music industry on human service issues that directly impact the health and welfare of the music community.