Jave Patterson of Two Doods Reviews recently conducted an interview with CREED frontman Scott Stapp. You can listen to the entire chat below. A few excerpts follow (transcribed by BLABBERMOUTH.NET).

On the meaning behind the title of his upcoming solo album, “The Space Between The Shadows”:

Scott: “For me, the ‘space between the shadows,’ I mean, literally speaking, is light and it’s color. For me, this record kind of symbolized finally getting to the other side of the shadows that kept following me and finally waking up one day and seeing the beauty of the world around me, seeing love, feeling love, seeing light, seeing color. I chronicled that journey on this record and it’s a story from the first song to the last song about that journey.”

On whether he will perform any CREED songs while touring in support of his new solo foray:

Scott: “I get asked that question a lot, and what cemented it for me that the answer to that is yes is because I went to a U2 concert about a year ago. I’ve been a huge U2 fan and I went there and I loved hearing their new record, but they didn’t play any of their big hits except one, ‘[Pride] In The Name Of Love’. I was like ‘Whoa, man. I want to hear more songs off ‘The Joshua Tree’. Where’s these big hits?’ I left excited to see them, but I wanted to hear the hits, man. Yes, I’m going to be playing a lot of songs off my new record, which a lot of fans will get a chance to hear those songs during the pre-order campaign, which is before I go on tour so there will be some familiarity there, but I know pretty much everybody who comes to my show wants to hear those CREED hits, so I’ll definitely be playing those, too.”

On staying sober while on the road:

Scott: “I mean, for me, my sobriety is the most important thing in my life because everything else in my life is dependent upon my sobriety. Without that, I lose everything. I’ve been to that point where those realities were right in my face because of not being sober. So, I have a sober tour and fortunately, my band and my crew are all guys that are either sober or understand the rules. When they’re on their free time, they can do what they want, but in my world, I keep a sober environment around me. One thing about recovery, when people find it, you finally reach a place of freedom where it’s not like you can’t go to a bar or you can’t go to a concert or you can’t experience life just like everybody else just because you’re sober. No, you’ve changed your life. You’ve gotten to the other side, you’ve recovered and that’s not just something you do. That’s where I’ve gotten with that. A lot of the guys in the band work out; I exercise every day. I have a routine. I think the older I’ve gotten, the more routine-oriented I’ve gotten, so I kind of do the same things every day: get up, eat, go to the gym, just keep a routine going.”

On keeping up with fan expectations:

Scott: “For me, there is no greater expectation that can come from anyone else than I put on myself. I think that’s the same for any artist or any creative person. The pressure we put on ourselves, there’s no external pressure that can be greater than that. We’re in this like a fighter and no fighter wants to lose, so you pour your heart and soul into it and it comes with the territory.”

“The Space Between The Shadows” will be released July 19 via Napalm Records. The disc was co-produced by Scott Stevens and Marti Frederiksen, with additional production on “Purpose For Pain” by Kevin “Thrasher” Gruft. The album was recorded at Sienna Studios and Poppy Studios in Nashville, Tennessee and The Cabin in Los Angeles. It was mixed by Chris Baseford and mastered by Howie Weinberg and features 10 original songs and two original bonus tracks. 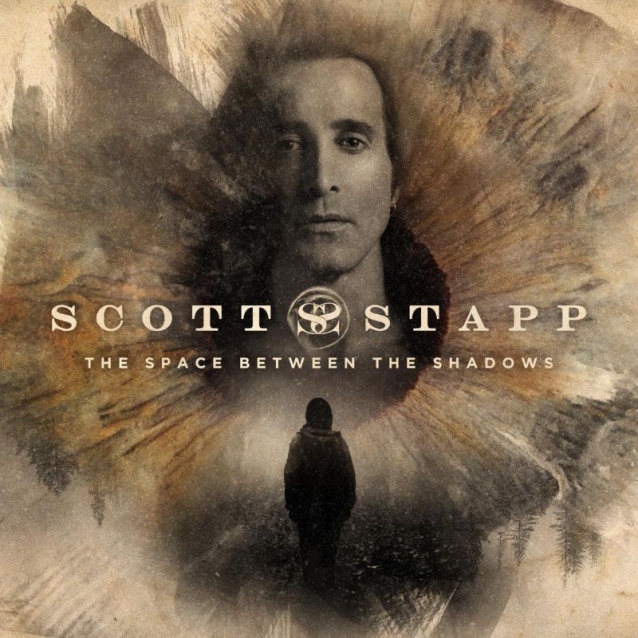