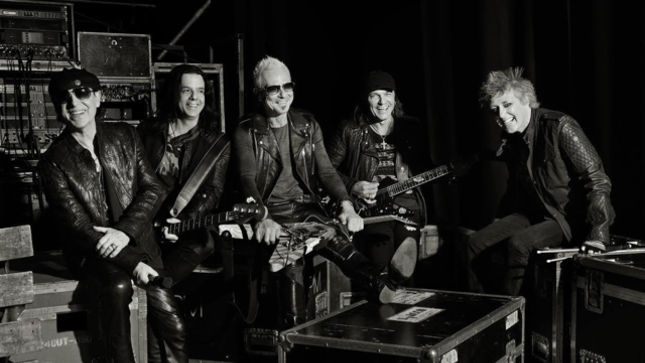 After the recent terror attacks in Paris, Scorpions were the first band that played live in Paris. What did they feel playing there only 10 days after this tragedy? Rudolf Schenker gave Agentinnen.net his impressions. Watch below:

The show at the sold-out Bercy arena produced emotional moments, including when the band’s drummer beat the rhythm of the French national anthem, “La Marseillaise”, which the crowd sang a capella.

Singer Klaus Meine, told the audience of close to 20,000 that the band had come to Paris to put on a celebration of peace and freedom.

“Our France tour is overshadowed by these sad and terrible events,” he told DPA, ahead of the previously scheduled Paris concert. 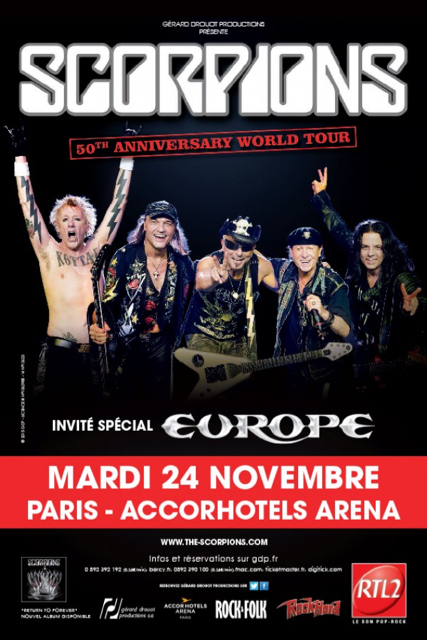 Encore:
“Still Loving You”
“Rock You Like a Hurricane”

Check out some fan-filmed video below: