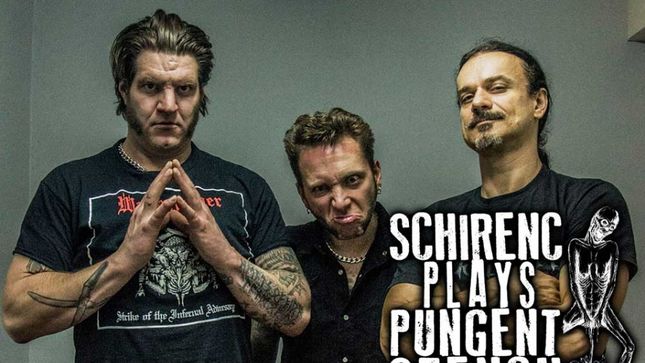 The first and the last show of the legendary Pungent Stench in Montreal was in 1994. Schirenc plays Pungent Stench is coming back “ to play the rotten old school death / grind from these legends specially for Obscene Extreme America 2015! All in all Martin Shirenc and his boys will perform the classic Pungent Stench material like “Extreme Deformity”, “Blood, Pus & Gastric Juice”, “Splatterday Night Fever” and many others for this special occasion only – Obscene Extreme North America 2015.

The day Pungent Stench disbanded in 2007 marked the loss of one of death metal’s most unique originators and the calls for a reunion have not ceased ever since.

Although disappointed by the sudden split, founding member singer/guitarist Martin El Cochino Schirenc continued to release music and play concerts with various other projects, before he finally agreed to attend a Pungent Stench tribute show in Istanbul, where he played several songs from his former band under the moniker The Church Of Pungent Stench. Supported by Mike Gröger (Hollenthon) on drums, as well as Hakan Nurcanlı (Art Diktator) on bass, this 2011 concert was a huge success. Subsequently, Schirenc received numerous offers from various promoters to also bring this show to other cities. 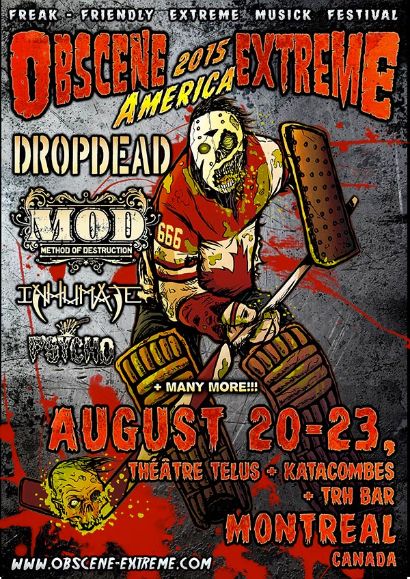 It wasn’t until 2013 that Schirenc finally agreed to take The Church Of Pungent Stench on the road to grace stages worldwide. The new line up continued to feature Mike on drums, but also introduced a new bass player, Danny Vacuum, known for his involvement with bands like Genocide S.S., Necrony, and The Accidents. The first show took place at the Eindhoven Metal Meeting and only marked the beginning of a successful series of appearances at the biggest festivals in Europe (Graspop Metal Meeting, Hellfest, Brutal Assault, Bang Your Head, Barroselas Metalfest, Neurotic Deathfest) and the US (Maryland Deathfest, 70000 Tons Of Metal).

Due to a legal dispute, the band was forced to change its name and is now touring as Schirenc Plays Pungent Stench.