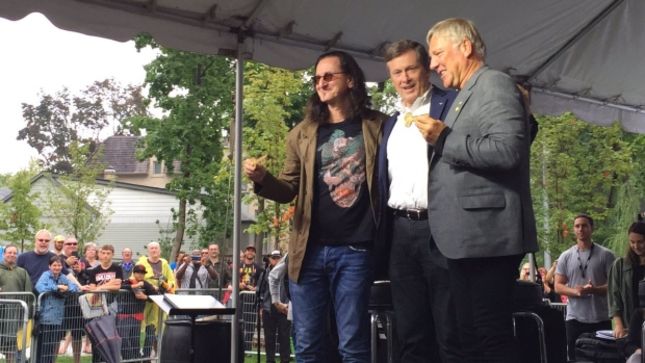 On Saturday, September 17th, Toronto Mayor John Tory presented Rush legends Geddy Lee and Alex Lifeson with the key to the city during a special ceremony. The duo, who were both born and raised in Toronto, also had a park in Willowdale named after them at the event honouring their achievements over 40 years in the music industry. The park is officially called the Lee Lifeson Art Park.

Watch a video report from the presentation below.

“Rush’s sound, famous across the world, has helped shape Toronto’s own musical identity, which always has been and continues to be a unique hybrid of styles and influences,” Tory’s spokesman, Amanda Galbraith, said in a statement to the Toronto Sun this past Wednesday.

“Very few bands can claim to have influenced a genre of music — but Rush can legitimately say they’ve done just that.” 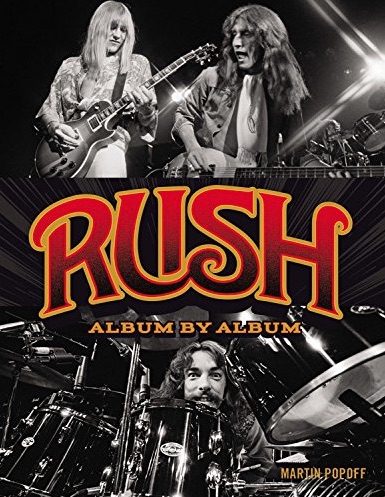 A new book from BraveWords scribe and noted journalist Martin Popoff called Rush: Album by Album will be released via Voyageur Press in May of 2017. This will be the third Rush book from Popoff who also authored the 2004 Rush biography Contents Under Pressure and 2013’s Rush: The Unauthorized Illustrated History. The book’s description:

Formed in Toronto in 1968, the rock trio Rush has gone on to multiplatinum success behind the distinctive high register and virtuosic bass-playing of frontman Geddy Lee, the legendary drumming and lyric-writing of Neil Peart, and the guitar heroics of Alex Lifeson. Despite having just four chart-topping singles since the release of their debut LP in 1974, Rush has nonetheless sold more than 25 million albums in the U.S. and more than 40 million worldwide. Indeed, the Canadian trio may be the definition of an “album band,” and this new book from prolific rock journalist and acknowledged Rush authority Martin Popoff pays tribute to the band’s discography by moderating in-depth, frank, and entertaining conversations about all 20 of Rush’s studio albums. Inside, the author gathers 20 rock journalists and authors who offer insights, opinions, and anecdotes about every release. Together, the conversations comprise a unique historical overview of the band, as well as a handsome discography. Popoff also includes loads of sidebars that provide complete track listings, details on album personnel, information on where and when the albums were recorded, and sidebar facts about the albums, their songs, and the band.