On October 11, RUSH will release “Clockwork Angels Tour” in a 5LP vinyl set.

This live 5LP set is pressed on 180-gram vinyl, and includes an etching on the flipside. The set comes packaged in a two-piece telescopic box with a full-color booklet, and a code to download a high-definition digital version of the album.

The band recorded concerts in 2012 in Phoenix, Dallas and San Antonio for a live album, and this set includes all 31 tracks from those recordings. This vinyl set also features the bonus tracks from the original CD release, including a version of the classic “Limelight” that the band recorded during soundcheck.

You can pre-order the “Clockwork Angels Tour” 5LP Vinyl now at Rush Backstage. 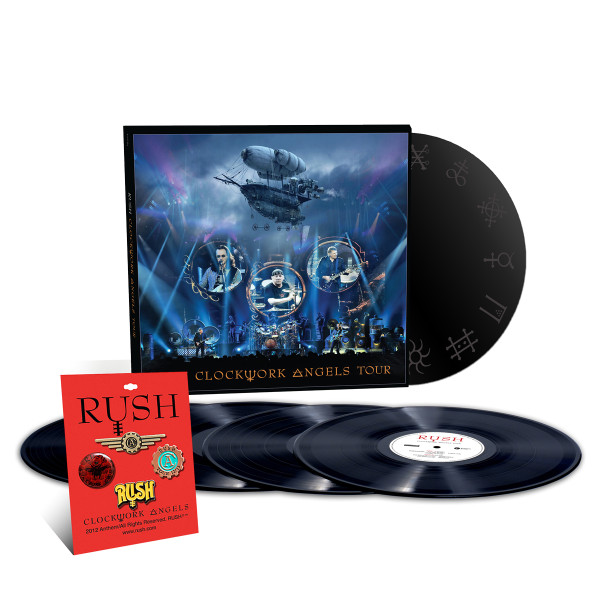