A new RUSH film, “Cinema Strangiato: An Annual Exercise In Fan Indulgence”, will get a one-night-only cinematic screening on August 21.

Tickets will go on sale on June 20. 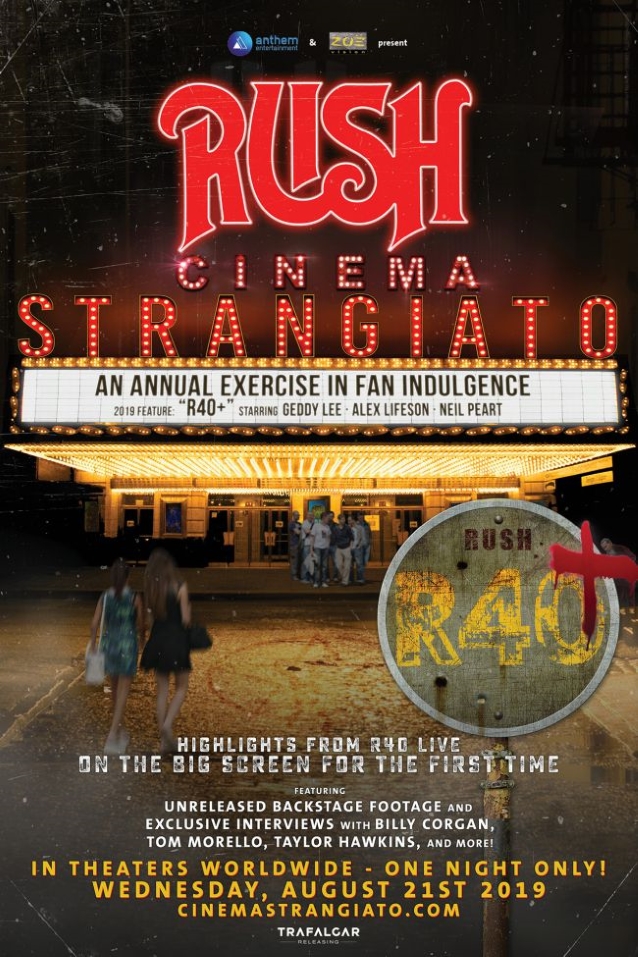