After a storied career that began as lead vocalist for STEELER, which would also go on to include guitar virtuoso Yngwie Malmsteen, and selling hundreds of thousands of records under his eponymous KEEL with classic albums “The Right To Rock” and “The Final Frontier” (both produced by KISS‘s Gene Simmons), Keel veered off into brave new territory with the decidedly southern rock/outlaw country feel of “Metal Cowboy”.

Originally released in 2014, “Metal Cowboy” was a bold new direction for Keel, pulling strongly from the playbook of country and southern rock, while maintaining the powerful rock edge and unmistakable powerhouse vocals Keel is known for. While Keel had some success in country and southern rock after the dissolution of KEEL (who reunited in 2008), “Metal Cowboy” definitively established Keel‘s musical identity, although its genesis had far deeper roots.

“We [KEEL] recorded a version of ‘Rock ‘N’ Roll Outlaw’ for Penelope Spheeris for the ‘Dudes’ movie soundtrack that also features MEGADETH, W.A.S.P., Steve Vai, and JANE’S ADDICTION,” recalls Keel. “It ended up being a great cult film and I’d love it even if I wasn’t in it. That really was the genesis of the ‘Metal Cowboy’ — ‘Outlaw’ became my signature song and ended up featured in the movie twice!”

After releasing “Metal Cowboy” and relocating to Sioux Falls, South Dakota, Keel would go on to form RON KEEL BAND, with a new powerhouse band featuring the best players the Midwest has to offer. While sticking to the earthy Southern charms of “Metal Cowboy”, RKB showcases a new, rich musical fabric for Keel and his bandmates.

“I knew EMP was the perfect home for this project,” Ron says. “Knowing David personally, their diverse artist roster, and the quality of their products and business model told me all I needed to know.”

Regarding the direction of the new project, Keel sees this RKB release as the first in a series. “I want each album to contain new original music, covers of some classics that I love, and brand-new versions of songs from throughout my career,” he says. Already in the can: a medley of the KEEL hits “The Right To Rock”, “Because The Night”, “Tears Of Fire” and “Somebody’s Waiting”.

Says EMP Label Group‘s Thom Hazaert: “When someone like Ron Keel comes to you and says he wants to be on your label, it pretty much just happens, and that’s pretty much verbatim how it happened. One day me and David got an email from Ron saying he was a fan of EMP and he wanted to be on the label. So we created a label just for him. Bottom line, Ron is one of the most talented rock vocalists of our generation, and a true gentleman outlaw, and we are honored to have him as part of the EMP family.” 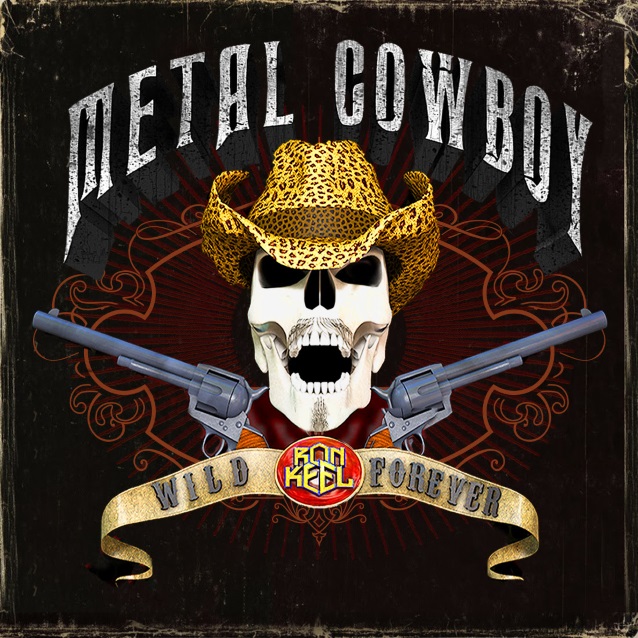