The release will be limited to 10,000 copies and include live versions of “Turn It Up” and “Arbaden” on side A, with a medley of “Poor Howard” and “Whole Lotta Love” on side B.

“Lullaby And… The Ceaseless Roar” has earned the former LED ZEPPELIN frontman a Top 10 hit on The Billboard 200 album chart — and rose as high as No. 2 in the UK.

Although his still gargantuan ZEPPELIN fans base regularly chomps up all his new released and supports him on the road, he told USA Today he yearns for a different kind of thing. “There were Deadheads, and it was a good place to be,” he said. “[GRATEFUL DEAD] didn’t compromise. They weren’t Technicolor rock gods. They had such a huge following because they were coming from a place that, even though it was from an altered state, it was definitely real… That is what I want.”

Of his new music, which blends blues, rock, jazz, experimental and world music, he said: “It is appropriate for my time in life. If it were world music, we would be the least-successful world musicians because we desecrate. I like to think it is different — something completely without a name people would call it.”

He spoke about his earliest influences — which have informed his new music from ZEPPELIN up through today. “My preoccupation as a very young early teenager was a music form that I might have missed,” he said. “If I had missed it, I would never have sung. If I hadn’t heard the Howlin’ Wolf, Robert Johnson, Little Richard music, I wouldn’t have been drawn to music. Most of the music we [in England] were surrounded by was slush, without any commitment. I was born again and saved and reincarnated by American music.”

Although the world seems to look back when discussing Robert Plant, he explains that the only was for him to continue on as an artist is to look ahead. “The thing is, that you have to go and strike out again and you have to create a currency that’s based on the real reality of now,” he said. “Each ‘now’ is a ‘now.’ It’s not a ‘gone,’ it’s not a ‘will be,’ it’s not a ‘was,’ or a ‘shall,’ it’s a ‘now’ and an ‘am.’ and that’s really, what I think, it’s all about.” 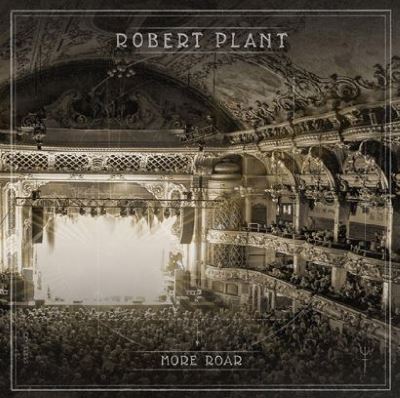