ROBERT PLANT & THE SENSATIONAL SPACE SHIFTERS will embark on a short North American tour this fall. The 10-date trek will kick off on September 13 at the Harvest Jazz And Blues Festival in Fredericton, New Brunswick, Canada and will wrap on October 3 at the Les Schwab Amphitheater in Bend, Oregon.

Plant maintains that the only way to stay relevant to himself, let alone an audience, is to constantly be moving and growing artistically. “I like to dig deep with the people I’m around,” he said. “Wherever I might in whatever circumstances; and that’s not just based on being a singer — that’s based on living a life. I mean, I’m pretty much of a, kind of a, a kind of strange firework, all the way though my life. I’m whizzing around and I don’t know which way I’m going to spring next. It really was quite a sobering revelation, really, to find that everything that I left behind was what I really cherish.” 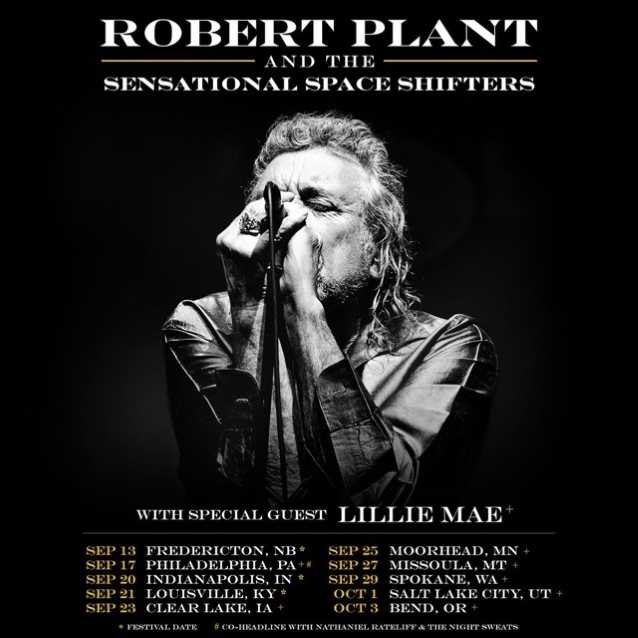