Six years after joining VOLBEAT, former ANTHRAX guitarist Rob Caggiano says the Danish/American hard rockers are “more comfortable now as a lineup and as a unit” heading into the release of their seventh studio album, “Rewind, Replay, Rebound”. The album also marks the first for bassist Kaspar Boye Larsen, who joined VOLBEAT in 2016 shortly after the arrival of “Seal The Deal & Let’s Boogie”.

In a recent interview with Jave Patterson from Two Doods Reviews (audio below), Caggiano explained the work that went into the creation of “Rewind, Replay, Rebound”, which included the guitarist tackling a lot of the pre-production work himself.

“We’ve been working really hard on the new songs,” he said (hear audio below). “We did a lot of pre-production out here in Copenhagen in the rehearsal room, fleshing out the ideas, working on the arrangements. I actually ended up demoing a lot of the tracks, too, before we went into the studio, just to be even more prepared. We’ve been working on it really hard, and it’s taken, I’d say all in all, five or six months from start to finish. We’re really excited to get back on the road and start playing these songs for the fans. It’s a really exciting time.”

Caggiano then cleared the air on the “Rewind, Replay, Rebound” album title, which had some wondering whether VOLBEAT was using older and/or recycled material. “First off, none of these songs are older songs,” he said. “I mean, everything was written specifically for this record. It’s not like there were any leftover tracks from the last album or the previous records. So, just to squash that rumor. [Laughs] What’s different? I don’t know, I guess we’re all more comfortable now as a lineup and as a unit. I think it’s really strong. We’re all really working great together. All in all, we had a lot of fun making this record.”

“Rewind, Replay, Rebound” will be released on August 2 via Republic Records. The album is available for pre-order on all formats, including a 2 CD deluxe edition, a special deluxe edition box set, and transparent and blue colored vinyl, numbered and limited to 1,000 copies each.

VOLBEAT recently announced the first leg of the “Rewind, Replay, Rebound” world tour, with support from BARONESS and DANKO JONES. 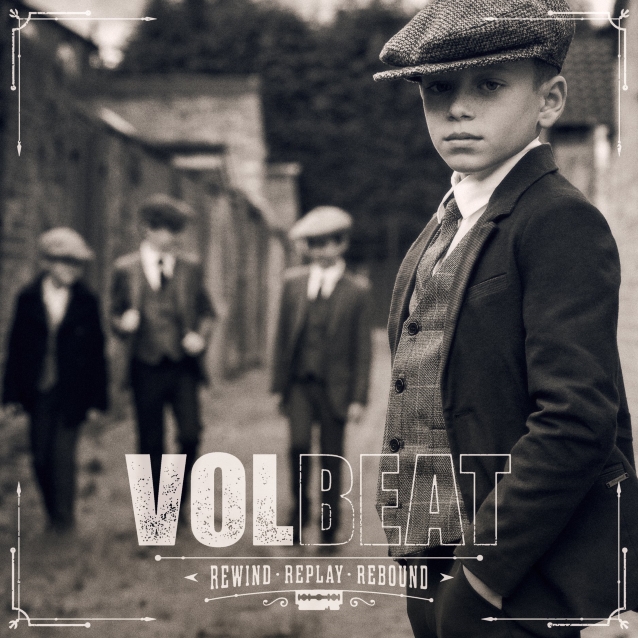