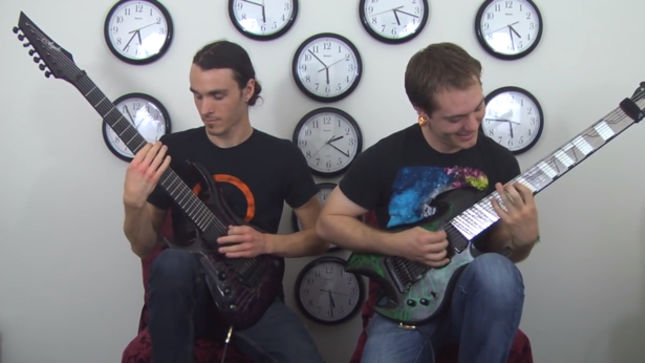 Amidst heavy bouts of touring, in October, Bay Area alien death metal outfit Rings Of Saturn released their Lugal Ki En sophomore album through Unique Leader Records, the record’s over-the-top blistering proficiency and uniquely bizarre output literally vaporizing nearly any other technical metal release of the year. Lugal Ki En’s relentless, cyber-infused deathcore destruction is based on a lyrical concept in which the Aliens wage war on the angels and demons of the universe after having conquered humanity.

While no new tour plans are in Rings Of Saturn’s immediate future, you can rest assured that additional propaganda and performances are in the works. Stand by for future broadcasts on the band’s ever-morphing invasion.