In a brand new interview with Guitar World, guitarist/vocalist Richie Kotzen was asked about the status of THE WINERY DOGS, his power trio with drummer Mike Portnoy (DREAM THEATER, AVENGED SEVENFOLD, ADRENALINE MOB) and legendary bassist Billy Sheehan (MR. BIG, TALAS, DAVID LEE ROTH). He replied: “We did two back-to-back album cycles and it was very fun and well received. Billy and Mike are each doing some more recording and I hear there are exciting things in the works. Right now, I’m focused on being Richie Kotzen again. [‘Salting Earth’] is my 21st solo record and my focus is on getting out there. We have a solid year’s worth of dates, everywhere from Australia to Japan, Brazil, Uruguay and Peru. We’re going all over the place and I’m thrilled. As for THE WINERY DOGS, who knows? Down the line, we may do something. I’m not sure when, but we always keep all the doors open.”

THE WINERY DOGS last year completed a tour in support of its second album, “Hot Streak”, which was released in October 2015 in North America via Loud & Proud Records.

THE WINERY DOGS‘ May 27, 2016 performance at Teatro Cariola in Santiago, Chile was professionally filmed and recorded for an upcoming DVD and Blu-ray, tentatively due later in the year.

Sheehan told HNGN that THE WINERY DOGS was always committed to being more than just a one-off collaboration. “When we started working on the first record, the idea was that if we’re going to do this we should do a band, and if we do a band, it should be a real band and we should plan this out for many years and look forward to our sixth record and all of that. And I was totally into that, because as a fan — and I’m a big fan of a lot of music and I’ve got a huge iTunes collection — I invest emotionally when I get into a record or a band. They become part of me; music is the most important thing in my life, so when I find a new band I like, in a way I’m invested emotionally, and I’m sure other fans do the same thing, and I know how heartbroken I am when a band puts out a record and then they don’t tour or they put out a second record and they have a different guy in the band or I found out later that they all hate each other. It breaks my heart. [Laughs] A lot of bands I found out later that they hated each other, they had separate tour buses, they didn’t talk to each other, and here I was thinking they’re all friends and happy and when I listen to their music I imagine them all hanging out together and having a good time. So right from the beginning we said if we’re going to do it we should do it for real. Because if people are going to invest in us, we don’t want to scam them and let them think it’s something that it’s not — it’s either really a band and we’re really doing this or it would just be another side project, and none of us wanted that.”

“Salting Earth” will be released on April 14 via Kotzen‘s own custom label, Headroom-Inc. 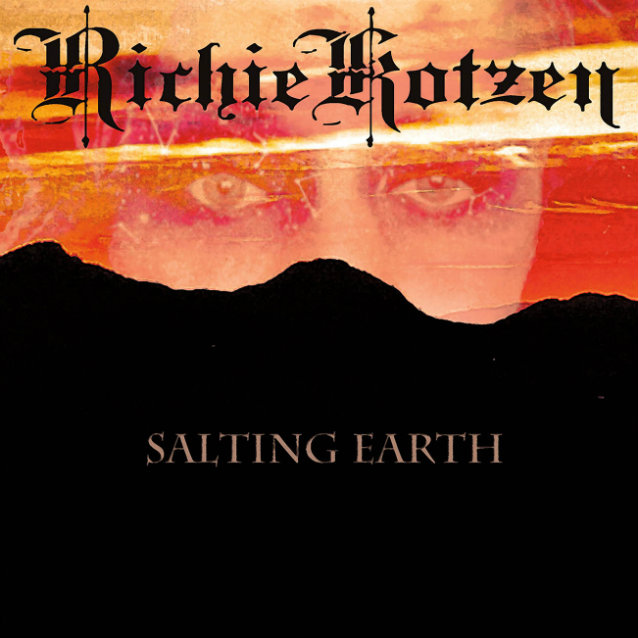