Italian classical power metallers RHAPSODY OF FIRE have vowed to continue following the recent departures of vocalist Fabio Lione and drummer Alex Holzwarth. Speaking to Metal Underground, keyboardist Alex Staropoli said: “It will take some time for the band to regroup so we are very busy working towards that. We are already in the process of finding a new singer and a new drummer. Once we confirm the partnership, we will introduce them to our fans one by one and talk about upcoming projects and live shows.”

He continued: “It’s important for us to build a solid new line-up that can benefit the years to come. The preparation will take some time. We hope sooner than later.

“As we all know, most of our fans were really saddened by the news. But after the initial shock, many have come to understand where we stand.

“We hope our fans will continue to show support and stay on the journey with us. There will be a lot of new challenges and RHAPSODY OF FIRE cannot conquer them all without our fans.

“With an album like ‘Into The Legend’, we showed everyone in the metal world what a huge impact RHAPSODY OF FIRE‘s music can still make.

“It will take some time to regroup and transit. It will be even more challenging to deliver better works than ‘Into The Legend’. We really have to be patient. However, all these challenges also make the work we do more exciting. We hope the band will also have lots of fun in carrying out new plans.”

Regarding Lione‘s exit from RHAPSODY OF FIRE, Staropoli said: “We knew Fabio‘s departure would happen eventually. It was a decision discussed carefully and collectively for a while. Those discussions were, as you can imagine, internal and confidential. It was our responsibility to calm down rumors in the summer because we didn’t know for sure what was going to happen.

“This is the best professional solution to Fabio and the band’s respective musical careers. It is also an opportunity for RHAPSODY OF FIRE to bring something new on board. We want to change the future rather than hold on to the past. We already have a basket of new exciting plans to carry out.

“Even though Fabio‘s departure wasn’t exactly a surprise, it wasn’t easy for everyone to face when it actually happened. We understood the necessity to accept this change and move on to a new chapter. Quite a lot of fans sent us caring messages and best wishes and kept encouraging us. We feel very lucky and we will stay strong and focused during this important transition.”

Despite the recent personnel shuffles, Staropoli says that there was never any thought given to the idea of a name change for RHAPSODY OF FIRE. He explained: “Lineup changes are never easy and pleasant especially for the fans and the new transition might be challenging for some of them. However, I never seriously thought to change band name. As a co-founder and co-composer of RHAPSODY OF FIRE, I do feel fully commited to keep composing film score metal. It’s my passion and I live for it.

“RHAPSODY OF FIRE is a brand with a strong concept: orchestral compositions entangled with inspired vocal lines, powerful guitar riffs, deep bass and kick-ass drums. The concept is not tied to individualities. This is our responsibility to keep the band going and to present a solid new lineup and epic music that will do nothing but honor our past history. We keep faith and look straight forward!”

Lione joined RHAPSODY OF FIRE in 1995, just after the “Eternal Glory” demo and before the release of the band’s debut album, “Legendary Tales”. He made a total of eleven full-length studio albums with the band. 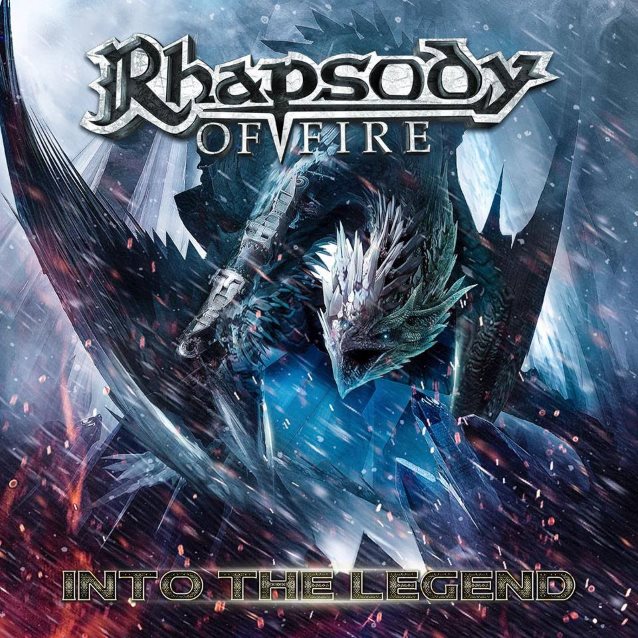