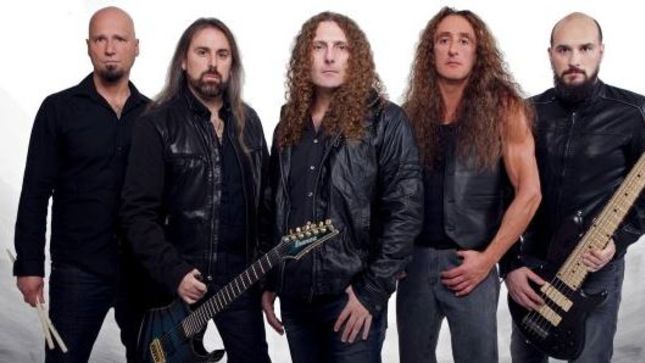 Vocalist Fabio Lione, who joined Rhapsody in 1995 – the band later became Rhapsody Of Fire – and recorded 11 studio albums with them recently parted ways with the band. He has released the following statement:

“Dear all, fans, promoters, colleagues. I anticipated this to all band members in the last 3 – 4 months and now I sadly announce my final decision to part ways with Rhapsody Of Fire. Ain’t no words to describe what this band represents to me, and I’m proud to have been part of such a big chapter of the power metal bible.

It’s time for me to write a new chapter of my life, as a musician and as a man. I wish Rhapsody Of Fire all the best, may their magic go ahead stronger than ever.

Thank you Alex and Holzy, for this 20 years, thanks you Roberto for your friendship, and Alessandro for your sincere attitude and honesty.”

In a new interview with Metal Underground, keyboardist/founder Alex Staropoli commented on the situation:

“It will take some time for the band to regroup so we are very busy working towards that. We are already in the process of finding a new singer and a new drummer. Once we confirm the partnership, we will introduce them to our fans one by one and talk about upcoming projects and live shows. We knew Fabio’s departure would happen eventually. It was a decision discussed carefully and collectively for a while. Those discussions were, as you can imagine, internal and confidential. It was our responsibility to calm down rumors in the summer because we didn’t know for sure what was going to happen.

“This is the best professional solution to Fabio and the band’s respective musical careers. It is also an opportunity for Rhapsody Of Fire to bring something new on board. We want to change the future rather than hold on to the past. We already have a basket of new exciting plans to carry out.

“Even though Fabio’s departure wasn’t exactly a surprise, it wasn’t easy for everyone to face when it actually happened. We understood the necessity to accept this change and move on to a new chapter. Quite a lot of fans sent us caring messages and best wishes and kept encouraging us. We feel very lucky and we will stay strong and focused during this important transition.”

Lione’s new band Eternal Idol formed in early 2016, marking the start of a new musical adventure together with the experienced Italian guitar player Nick Savio (ex-Hollow Haze) and a lineup completed by the young vocal rising star Giorgia Colleluori, Camillo Colleluori (both also from Hollow Haze) on drums and Andrea Buratto (Secret Sphere, Hell In The Club) on bass.

While all the musicians have solid pedigrees and musical history behind them, Eternal Idol have a brand new and original sound which will certainly catch many fans by surprise.

Fabio Lione says, “After all the experiences with bands such as Kamelot, Rhapsody Of Fire, Angra and many more, I think it is time to show the world a new side of myself with this amazing new band. Musically, Eternal Idol offer an intriguing mix of classic metal, symphonic rock and a few progressive twists which is truly unique, thanks to the combination of female and male vocals.”

Fabio took care of most of the lyrics and vocal melodies, along with three gorgeous tracks he wrote, while Nick Savio worked hard on songwriting and arrangements. “The Unrevealed Secret is the album where all our ideas came to the light,” says the axeman from Vicenza. “Heavy classic rock with symphonic elements and the magic atmosphere of two lead vocals, male and female, create a contrast between good and bad as the main subject, as it is possible to see on the impressive and mysterious cover artwork.”

The album was recorded in the summer of 2016, produced by Nick Savio and mixed by Simone Mularoni (DGM, Sunstorm) and promises to be one of the melodic metal releases of the year. Fans of Kamelot, Magnus Karlsson’s Free Fall, MasterPlan, and Avantasia should pay attention.

“There is a story to be told with this album, and the secret will be revealed on the next Eternal Idol releases, so please take your time to listen this first chapter and enjoy… A new story has begun,” Nick concludes. 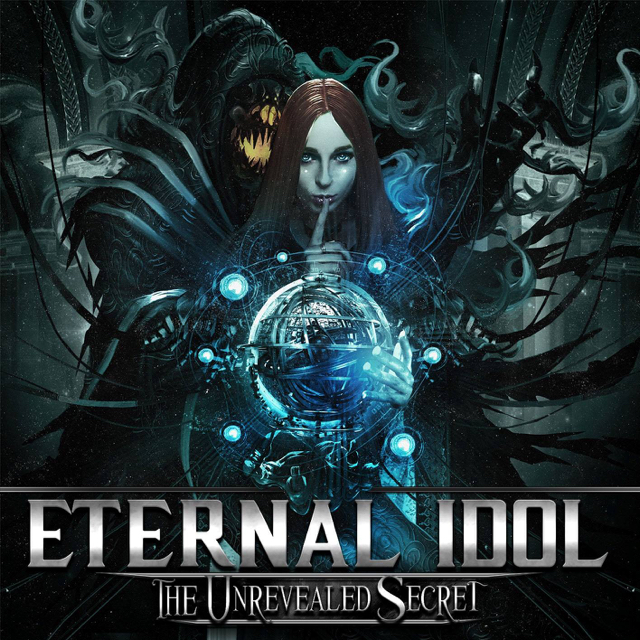 “Evil Tears”
“Another Night Comes”
“Awake In Orion”
“Is The Answer Far From God?”
“Blinded”
“Sad Words Unvailed”
“Desidia”
“Hall Of Sins”
“Feels Like I’m Dying”
“A Song In The Wind”
“Stormy Days”
“Beyond”