According to TMZ, the woman who was charged with stalking SOUNDGARDEN singer Chris Cornell and his wife in 2014 is wanted by the FBI after removing her court-ordered GPS ankle monitor and skipping a court appearance.

Jessica Leigh Robbins was arrested in July 2014 for allegedly making threats to Cornell and his family, and was suspected of attempting to enter their home in Miami the year before. Robbins allegedly posted on the Internet that she had driven seven hours to speak with Cornell, but “was unable to enter the elevator in his residence because she did not have the elevator key.”

TMZ now reports that Robbins removed the device that individuals under house arrest or parole are often required to wear and failed to show up this past Tuesday in New York City federal court.

The FBI obtained a bench warrant for her arrest the next day, and U.S. Marshals and Florida authorities are now said to be working together to track her down.

Back in 2014, the administrator for SOUNDGARDEN‘s official web site turned over a series of hostile posts and tweets believed to have been written by Robbins, including some that targeted Cornell‘s wife, Vicky.

“I forgive her, but I’m done playing games with her, she is not going to be able to hurt him ever again by the time I’m done with her,” one of posts stated.

A U.S. attorney later described Robbins as bipolar and off her medication.

The 34-year-old Robbins was ordered not to have any contact with the Cornell family or members of SOUNDGARDEN. Robbins was released on $50,000 bail, ordered to wear an ankle monitor and to also stay off the Internet.

Robbins had previously approached Cornell at a fan event, asking if a manuscript she had sent had been helpful. Later, it was learned that Robbins had posted videos of herself discussing the encounter and alleging that the frontman had plagiarized her writings.

She also claimed to be the mother of one of Cornell‘s children and had called in a complaint against Vicky Cornell for child abuse.

Jessica‘s mother Robin Robbins told the Tampa Bay Times that said her daughter had no history of violence.

“She’s never had any violent or dangerous tendencies,” the mother said.

According to The Pulse Of Radio, Robbins is not the only stalker Cornell has had to deal with either. In February 2014, a Seattle woman was charged for allegedly tweeting over 100 death threats to the singer, as well as a threat to rape his teenage daughter.

The Cornells were also subjected to death threats in 2006 in which a man described how he planned to kill Vicky and the couple’s two children. 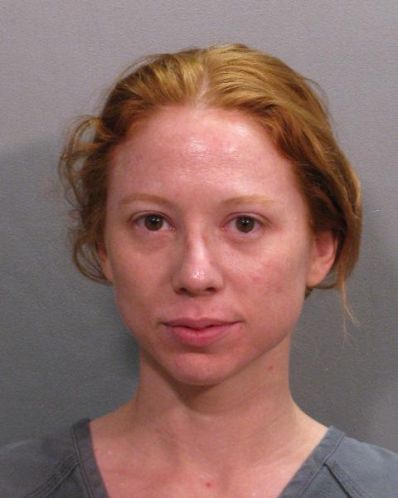