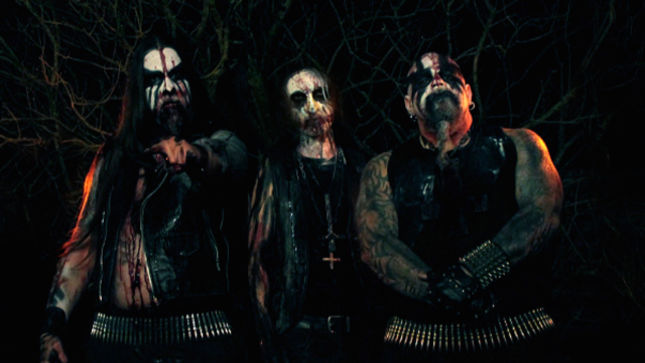 Norway’s Ragnarok, a band that has been active for over twenty years on the black metal scene, have completed work on their eighth full-length album, which is set to be released in early 2016 via Agonia Records. Recorded, mixed and mastered at the Endarker Studio in Sweden by Marduk’s Devo, the album will be titled Psychopathology.

Founder and frontman Jontho had this to say about fans can expect from it: “Your wait will finally come to an end in 2016 when we release Psychopathology, our eighth full-length album. I can say with absolute certainty that this album will be the best in Ragnarok’s career to date. It is the result of dedication, hard work, and the musical skills of our lineup, and is the next stage in the band’s development, both musically and lyrically. Psychopathology is about to unleash total chaos upon you as it invites you to dive deeper into the dark recesses of the human mind”.

This will be the first album in Ragnarok’s history that doesn’t feature founder Jontho on drums. Having taken over the role of frontman, his place behind the drum kit is taken by Dauden drummer Malignant, who joined the band in 2014. Bolverk, is on guitars, and DezeptiCunt makes his swansong appearance with the band on bass as he leaves to concentrate on new projects.

Commenting about the band’s future plans and DezeptiCunt’s departure, Jontho said: “Shortly after completing the recording of our latest album, our bass player DezeptiCunt informed us that he would be leaving the band to concentrate on a new project. As a recording and touring band, Ragnarok requires 100% commitment from its members and at this point neither he nor Ragnarok felt that he would be able to give both bands that necessary commitment. We would like to thank him for the eight years he was with us and wish him all the best for the future.

“Going forward we will be concentrating all our energies on promoting the new album, and plan to take our time choosing the right bass player to take his place, so in the meantime we will be using a session musician for the upcoming live shows”.

DezeptiCunt himself explained “I have had eight good years with Ragnarok, both in the studio and live, but the time has come, as indeed it does for many musicians, to move on and explore new avenues. I know it might seem strange that I announced my departure from the band just as they are about to release their new album, but the opportunity came up for me to join a brand new project whose music I liked immediately, and whose ideas greatly appealed to me, and of course, being able to join them right at the start just as they begin rehearsals to take the band live was something I very much wanted to be a part of.

“At the same time I felt that I wouldn’t be able to give 100% of my attention to each of the two demanding projects, and therefore I decided that it would be fairer for all concerned if I was to cut my ties with Ragnarok straight away, so that they can move forward without any uncertainty. I would therefore like to take this opportunity to wish Ragnarok all the best for the future, and much success for the new album”.

Ragnarok’s next confirmed live appearances are at Sequane Fest VIII in France in March and Steelfest Open Air in Finland in May.