Italy’s “Heavy Demons” radio show recently conducted an interview with QUEENSRŸCHE guitarist Michael Wilton. You can now watch the chat below. A couple of excerpts follow (transcribed by BLABBERMOUTH.NET).

“It’s finished. We’ve leaked one song [‘Arrow Of Time’] on SoundCloud, and it’s gotten really great reviews and people are really excited and happy about it. For us, we’ve put a lot of thought and effort into this album. We had more time to develop it and to write it. This album, the QUEENSRŸCHE fans will hear the depth in the music, and just the inteneseness. There’s songs that range from three minutes to eight minutes [in length]. And it’s very inspired by the DNA of the band, which is me and Eddie [Jackson, bass] and Scott [Rockenfield, drums], along with Todd [La Torre, vocals] and Parker [Lundgren, guitar] inputting. It’s just a big, great writing experience. From my friends that have heard it, they say, ‘Ah, it pulls a lot from ‘Rage For Order’.’ And I’ve had other people say, ‘Yeah, this reminds me of ‘The Warning’ a little bit,’ [and] other people said, ‘This reminds me of ‘[Operation:] Mindcrime’ a little bit’ — but more with a modern touch. For me, it’s whole new experience. It’s the evolution of QUEENSRŸCHE. QUEENSRŸCHE is about evolving with each recording — that’s the way I view it. I just think there is so much heart put into this album, I think people will really enjoy it.”

On how working with new QUEENSRŸCHE singer Todd La Torre compares to collaborating with the band’s former frontman, Geoff Tate:

“It’s a different animal. Todd is an accomplished musician. He’s a good drummer, he can play guitar and keyboards enough that he speaks as a musician to everybody. So if I say, ‘I’m in the key of G right now,’ he knows what that means. Or, ‘I’m in the Phrygian mode right now,’ he knows what that means. So the communication is there. And he’s a dynamo, so he’s involved in everything. He wants everybody to succeed in what they’re writing. We help each other along in the writing process. He’s a team player. The fans love him, and he’s just got an amazing voice. And it’s just a real pleasure to have him in QUEENSRŸCHE.”

QUEENSRŸCHE‘s last, self-titled album sold around 13,500 copies in the United States in its first week of release to land at position No. 23 on The Billboard 200 chart. 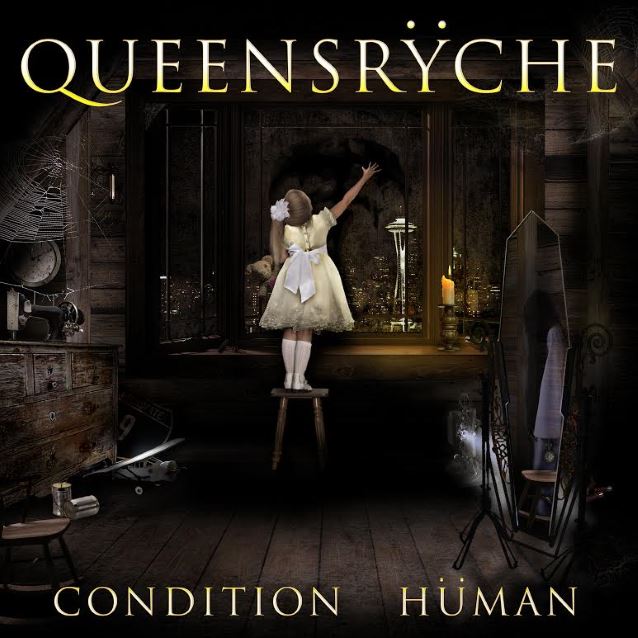