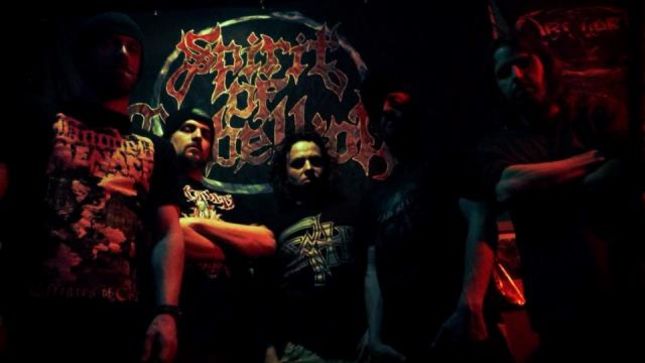 With two demos, one EP and two albums released on their own, Spirit Of Rebellion is more than ready to expose their brand of Québec made heavy old school death metal to a wider audience.

Formed in 2001 in the beautiful bas-St-Laurent region of Rimouski, the band (original member Jean-François Côté on bass and vocals (ex-Vortex), drummer Françis Marmen (Gorelust, ex-Vortex), guitarists Jean-Francois Côté and Nicolas Auclair and vocalist Sylvain Morency) is in writing mode for its third album, its first for PRC Music, scheduled for the fall.

Video “The Great Harvester” from the band’s previous album A Taste Of Death: