The cover artwork can be seen below.

PRETTY MAIDS frontman Ronnie Atkins told Kansai Finder about “Kingmaker”: “‘Kingmaker’ was actually more or less written just prior to going in the studio. The thing is that you write more or less all the time and record bits and pieces that you might use at some later point. We also had some ideas that we’ve done in either 2014 or 2015 that ended up on ‘Kingmaker’. But the majority of the album was written in January 2016 and we entered the studio on February 1, 2016.”

PRETTY MAIDS guitarist Ken Hammer told The Rockpit that the band employed a tried-and-tested songwriting approach on “Kingmaker”. “Our intention with this album was not any different from any other album that we have done,” he said. “This is our last album on Frontiers, and, as always, we are trying to do our best every time. We always first of all write songs that we like ourselves. [2014’s] ‘Louder Than Ever’ [a collection of new songs and re-recorded tracks from the band’s past albums] was in our opinion an ‘in-between’ album and we wanted all our new fans to hear some of the stuff that we did in the 1990-2000s with a more up-to-date sound.”

Atkins also said that there were no plans for PRETTY MAIDS to retire any time soon. “I definitely don’t see any stop signs yet,” he told Kansai Finder. “We’re still having fun and enjoying what we do. As long as we have a fan base that still wants to buy our music or come to the shows, then it’s all worth it. The fan base has been increasing the last couple of years; a lot of younger fans have checked in, which tells me that we must somehow still be kind of relevant in what we do and that’s a nice feeling.” 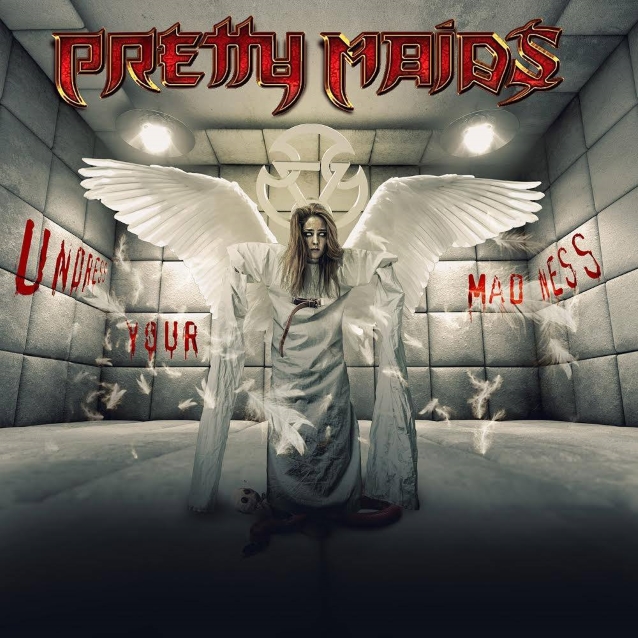