The official lyric video for the song “How Many Times” from ARCHITECTS OF CHAOZ, the new band featuring former IRON MAIDEN singer Paul Di’Anno alongside members of Paul‘s longtime German touring backing group THE PHANTOMZ, can be seen below. The track is taken from ARCHITECTS OF CHAOZ‘s debut album, “The League Of Shadows”, which will be released on May 29 via Metalville Records. Other songtitles set to appear on the CD include “Apache Falls”, “When Murder Comes To Town”, “Je Suis Charlie”, “AOC” and “Switched Off”.

In an interview with Songfacts, Di’Anno stated about ARCHITECTS OF CHAOZ: “This is my German touring band. We’ve been friends for so many years and we just decided that we’ve had enough of this, let’s become a band. We still play some of the MAIDEN songs, but we started writing and it’s all going very, very well. We had an EP we put out to try and get a record deal, and somehow, Metal Hammer got a hold of it and Rock Hard magazine have both made us the ‘EP Of The Month’ in August. And the vibe on us is going absolutely crazy, so we’re loving it. So we’re just going to see what happens with this now.”

Di’Anno is scheduled to undergo knee surgery in June. He said in a recent interview: “I should have done this seven years ago. And now all the ligament is gone and all it basically is is bone rubbing against bone. And, oh my God, it’s so painful some days, it’s unbelievable. And through my mother, I caught osteoporosis [a progressive bone disease in which the bone density reduces over years] as well. When you get to a certain age. And [I can’t be] buggered with that. [I’m like], sod this; I can’t be dealing with it. So [fixing] the knee will make it a lot better.”

Paul Di’Anno‘s April 9, 2014 performance at Lizard Club in Krakow, Poland as part of the Doładowanie festival was professionally filmed for a DVD, “The Beast Arises”, which was released on October 6, 2014 in Europe through Metal Mind Productions and October 7, 2014 in North America via MVD. “The Beast Arises” was also made available on CD, digital and vinyl.

Di’Anno recorded two classic albums with IRON MAIDEN before being fired and replaced by Bruce Dickinson. He went on to front a number of other bands, including KILLERS and BATTLEZONE, and released several solo records. 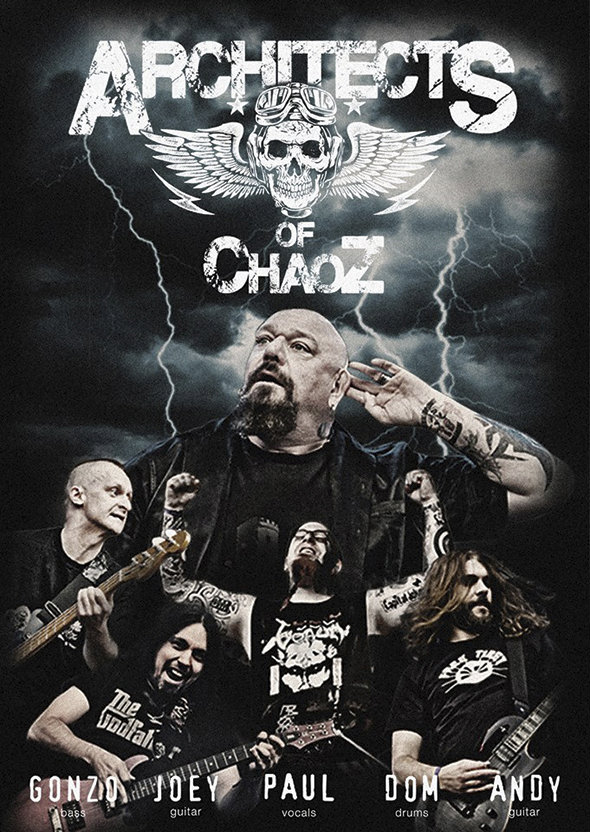