P.O.D. vocalist Sonny Sandoval spoke to The San Diego Union-Tribune about the band’s decision to collaborate on “Circles”, its 10th and newest album, with the Los Angeles production and songwriting team The Heavy, which has co-written songs with such bands as GOO GOO DOLLS and DIRTY HEADS.

“We still get to play around the world and that’s just because there are still people out there that love what we do,” Sandoval said. “But we changed it up a little bit by going [to record] with The Heavy. They’re used to working with pop and alternative artists. And we really went in with an open mind to even possibly co-write, which we’ve never done [before]… Whereas this time, it was, like: ‘Yeah, we want some outside opinions. We want some guys that are a little bit younger that maybe aren’t as jaded by the industry as we are.’ So they really brought some excitement to it… It’s not the heaviest record we’ve ever done, but it’s not so unfamiliar either. It has elements we’ve incorporated in our music for 26 years.”

Sandoval also talked about the lyrical inspiration for “Rocking With The Best”, the opening song on “Circles”. “For me, it’s more like I’m an old-school guy,” he said. “I’m big on respect. A lot of times, with these young kids, they have so many things handed to them, even when it comes to music. Nobody’s paid their dues. No one respects where it comes from. Most of these kids think that they’re doing something new and [that] they’re creating something, and this is a sound that P.O.D. has pioneered. It is a Southern California… a San Diego sound. I know L.A might disagree, I know New York might disagree. This is a San Diego sound. There’s no other melting pot in the world that comes with these styles of flavors… and I just want people to recognize [that] and — today — [to] also just own your craft and have some integrity and some honor, just even in how you do music, and what you’re talking about and what you’re saying. But again, most people are so used to things being handed to them that they don’t — they’ve never paid any dues. Like I said, (after) 26 years, it’s not a ‘pat me on the back’ or ‘pat my band on the back’ (song). I just want people and bands to show respect.”

“Circles” was released on November 16 via Mascot Label Group. 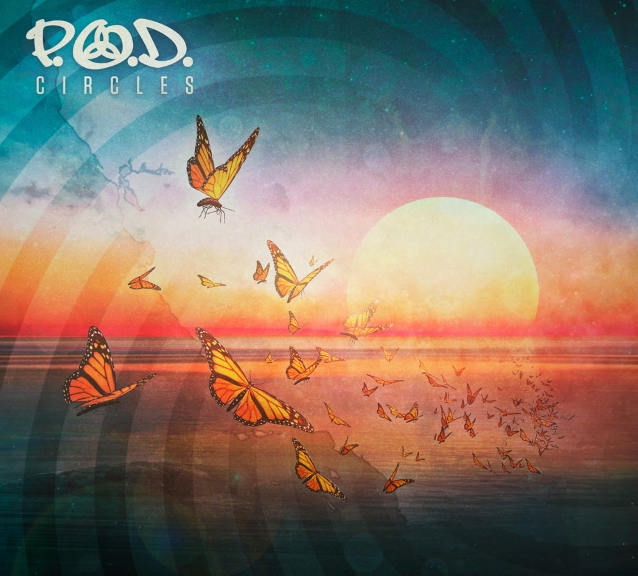