Multi-camera video footage of OPETH‘s October 1 performance at Radio City Music Hall in New York City can be seen below.

Regarding how OPETH ended up playing a venue like the Radio City Music Hall, the band’s frontman, Mikael Åkerfeldt, told Fuse: “We’re doing some of those prestigious places, and we’ve done some in the past, too. I think it’s cool. That’s actually a decision from the management — they want to book us into these venues as a promotional tool to a certain extent, but also what happened as we played Royal Albert Hall and stuff like that, it kind of opens the gate for bands like us, if you know what I mean. We have, if I may say so myself, pioneered some of these venues when it comes to more heavy music, and after us there’s a shitload of bands coming in. I’m pretty sure we’re gonna see that more and more. Not just Radio City Music Hall, but especially Sydney Opera House, which was difficult for us to get. We asked them before and they said no, like, ‘Bands of your kind don’t play the Opera House.’ But now they’ve somehow said yes.”

OPETH‘s twelfth album, “Sorceress”, was released on September 30. For the band’s first effort for Nuclear Blast via OPETH‘s imprint label Moderbolaget Records, the group returned to Rockfield Studios in Wales, also home to pivotal releases from QUEEN, RUSH and JUDAS PRIEST, where the Swedes had tracked “Pale Communion” in 2014 with Tom Dalgety. The band spent twelve days recording at the countryside venue among its serene and inspiring surroundings.

About the new album title, Mikael said: “In the U.S., touring back in the day, I used to pick up ’60s [and] ’70s horror films from Amoeba Records, especially, in L.A., pick these DVDs up for fairly cheap. So I used to watch those, but it was the whole imagery of that, and that word resonated with me for some reason once I wrote it in a lyric. I figured that’s a good title, actually. But I wouldn’t say I have a particular sorceress in mind, it’s more of a collective word for…I don’t want to say evil women, but I’ll say evil women anyway.” 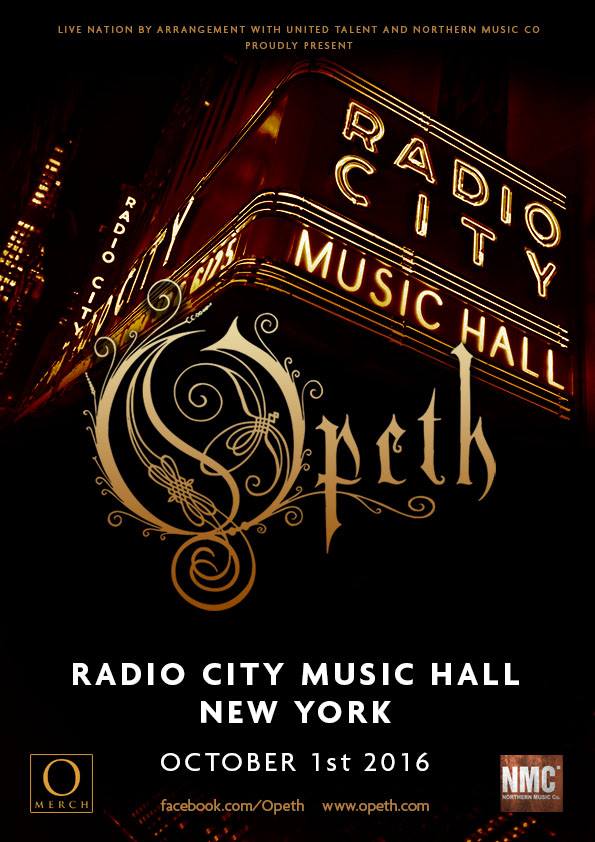