A clip from “Officer Downe”, the new film directed by SLIPKNOT‘s M. Shawn Crahan, can be seen below. The movie will receive its world premiere as part of the Nightfall competition at the 22nd Los Angeles Film Festival, which began this week in Culver City.

This year’s edition of the fest runs from June 1 until June 9 at the newly opened ArcLight Culver City. Regal L.A. LIVE in downtown hosted LAFF for the last several years.

Passes for the festival are on sale to Film Independent members and the general public.

“Officer Downe” stars Canadian actor Kim Coates — who is best known for playing Tig Trager on the FX series “Sons Of Anarchy” — as an L.A. supercop who is killed in the line of duty but who is repeatedly resurrected and sent back onto the streets. “Officer Downe” is based on the “Man Of Action” imprint/Image Comics graphic novel written by Joe Casey — who also penned the film’s screenplay — and illustrated by Chris Burnham.

Coates told Entertainment Weekly about working with Crahan: “He’s crazy. We hit it off from the get-go. We had dinner, and he truly believes that we’ve worked together before in some other universe. Sure, alright, sure. He was ready to learn and share, and he had an incredible kinetic energy. He’s ferociously talented.”

Regarding his vision for the film, Crahan told the 103.9 The Bear radio station in South Bend, Indiana: “I follow the story. That was my biggest thing. Everybody needs to know… I wanted to represent the story. That was my first prize — to make sure that it has justice. That people that are in love with the comic book and in love with the writer watch the movie and go, ‘Yup. That was the story. And Clown brought the visual and brought these crazy outfits and this crazy way of acting and these techniques.’ So I think the world’s gonna like it.”

Back in February, Neveldine declared on “The Movie Crypt” podcast that “Officer Downe” is “better than any Marvel movie or DC movie ever made.” And Casey recently told Entertainment Weekly that the film “makes ‘Crank’ look like ‘The English Patient’.”

Crahan told The Pulse of Radio a while back that he’s been working his way toward directing a feature for a long time. “I’ve been preparing myself with art my whole life, and preparing myself for directing and scriptwriting, and this is what I’ve been doing for 10 years, is learning and studying and taking it in,” he said. “You know, I honestly believe that, you know, we are gonna create the next ‘Clockwork Orange’ and I’m gonna die trying because that’s my life.”

Crahan has directed a number of music videos, concert DVDs and behind-the-scenes featurettes for SLIPKNOT.

He and SLIPKNOT singer Corey Taylor founded a film production company called Living Breathing Films in 2012, although it has yet to release anything.

Taylor made his acting debut in the horror movie “Fear Clinic”, which was released on home video in February 2015. 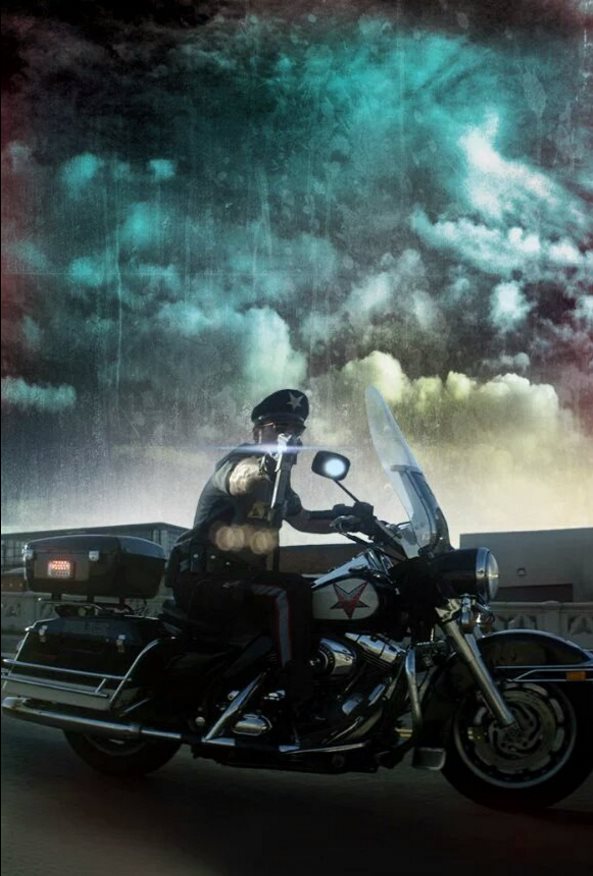