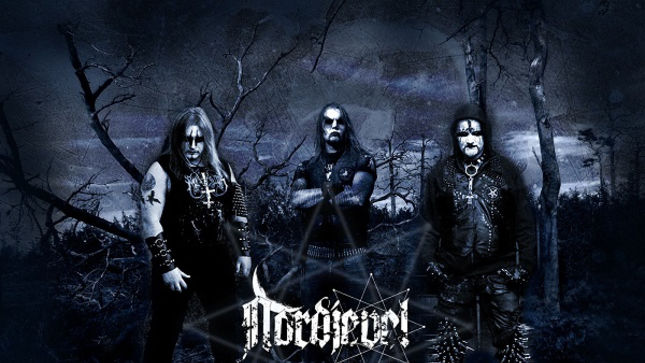 Scandinavian black metallers Nordjevel are streamig a brand new track from their upcoming debut full-length album, to be released via Osmose Productions on the January 29th. The track, “Djevelen I Nord”, features guest vocals from Troll’s Nagash, has been debuted as a lyric video below:

Re-amped, mixed and mastered by Patric Darkhyrys G at the WSL Studios in France, Nordjevel features guest appearances by Troll’s Nagash and 1349’s Archaon. Paintings and design layout for the album is by Khaos Diktator Design. 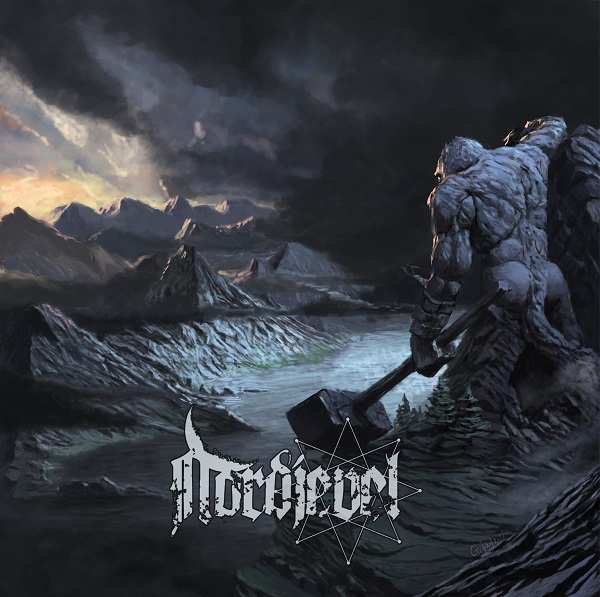 Nordjevel, which translated means “Northern Devil”, was founded by frontman Doedsadmiral and guitarist Nord earlier this year. The Norwegian duo was quickly joined by Sweden’s Fredrik Widigs on drums. The band’s arrival on the scene immediately elicited a large amount of interest not just from fans, but also from labels who were keen to add a band with such a formidable lineup to their rosters. 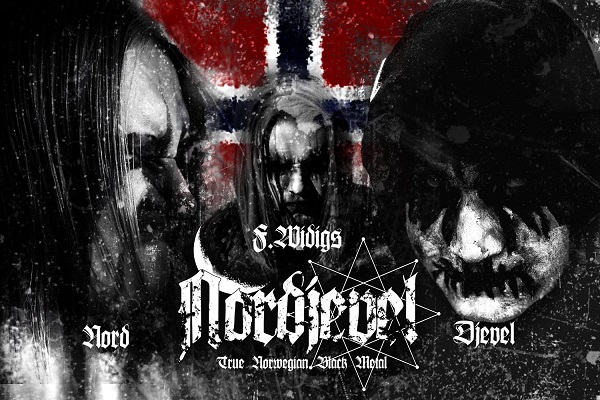 Nordjevel recently debuted the track “Denne Tidløse Krigsdom”. The official video can be seen below:

It was recently announced that bassist DezeptiCunt (Ragnarok) had joined the band, and that rehearsals were under way to take the band live.  Commenting on the completed lineup, frontman Doedsadmiral had this to say: “Nordjevel now has an experienced team of musicians who are all committed to the band and who are able to bring their respective musical attributes together to form the distinctive Nordjevel sound. We are all very much looking forward to playing live, and whilst Fredrik obviously won’t be able to join us for every show because of his commitments to Marduk, we have an excellent live session drummer already on board, who will be able to fill in whenever needed, and he is also rehearsing with us regularly, so that we are all stage-ready.”