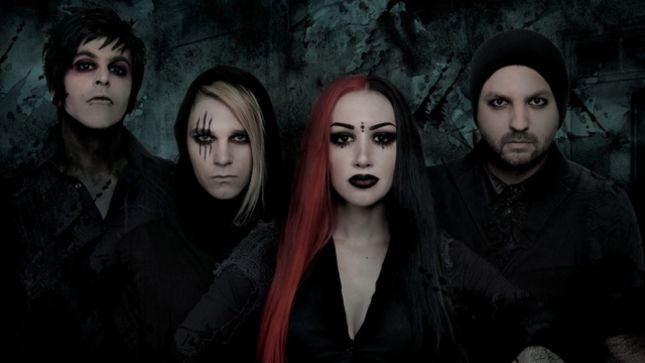 California’s New Years Day have begun the recording process for their Another Century debut album, which is due later this year. The group will spend all summer on Warped Tour across North America in support of their their 5-song EP Epidemic, which was released last fall.

Ash Costello (vocals) states: “We are so excited to be back in the studio writing and recording our new album, which is still yet to be titled. This is our third time working with producer Erik Ron, and these songs are already giving me chills. I already feel this is our best, most emotional material to date and will define who we are for years to come. Be ready to get whiplash cause these songs are NOT messing around.”

Check out a brand new photo from the studio: 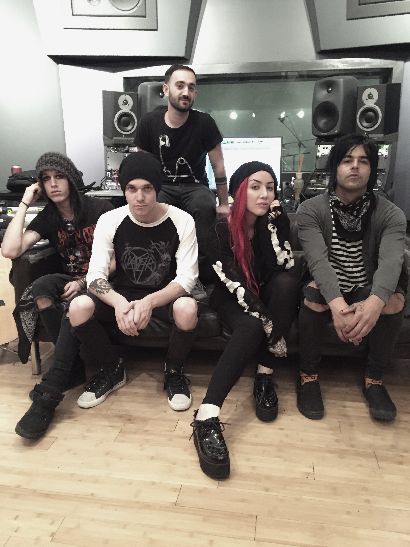 New Years Day is a band that encourages their fans to embrace something that is very hard to do in a forward-thinking digital trend era; to be themselves. The Anaheim, CA band was put on the map in 2013 with their last full-length record Victim To Villain, but It is safe to say they have been through hell and back. From near-death touring experiences to bad record label situations, all of their blood sweat and tears have built a band beyond buzz-worthy and ready to show off their best songs to date. The band consists of captivating vocalist Ash Costello, bassist Tyler Burgess,  guitarist Nikki Misery and drummer Nick Rossi.