MURDERDOLLS frontman Wednesday 13 reunited with onetime MURDERDOLLS members Eric Griffin and Acey Slade on stage for the first time in over a decade last night (Thursday, August 16) at Lucky Strike Live in Hollywood. The event, which celebrated the life of former MURDERDOLLS drummer Ben Graves, saw the trio performing some of the group’s classic songs.

Fan-filmed video footage of the performance can be seen below (courtesy of Natalia Britt).

Graves, who also worked with PRETTY BOY FLOYD and DOPE, passed away on May 9 after a year-long battle with cancer. He was only 45 years old.

Concerns about Graves‘s health were first raised when he collapsed during a PRETTY BOY FLOYD gig in Denver last year, according to LA Weekly.

Graves was a member of the MURDERDOLLS from 2002 until 2004. He later told Metalliville in an interview that the experience changed his life. “It took a world that I had always fantasized about and made it my reality, which was the whole reason I moved to Los Angeles in the first place,” he said. “So joining that band was definitely a good starting point for me.”

According to Ben, the chemistry between the MURDERDOLLS members was unlike anything he had been involved with. “The original MURDERDOLLS lineup was one of those rare and unique situations where the right people are in the right place at the right time of their lives, and all of those ingredients come together in a way that’s not at all premeditated,” he said. “I think that happens every once in a while, whether it be in music or art, where something is created that people really respond and connect with.”

In the same interview, Graves said that he “always wanted to be a drummer. When I first got started, there was really never a question as to what instrument I would play,” he said. “When all my friends went out and bought guitars, which seemed to be the instrument that everybody wanted to play, it never crossed my mind to follow — not once. I always just felt very attracted to the drums for some reason. I related to them a lot more naturally than any other instrument. Whenever I would go to a concert, my attention would always be focused on the drummer. Or even when we would hang out after school and watch music videos, I always wished that they showed more shots of the drummer. It just looked incredibly fucking fun to me, and I remember sitting there thinking, or probably even saying out loud, ‘I wanna do that!’ I think another reason I felt drawn to the drums is because they were 50 percent physical, 50 percent mental. Before I got into drums, I was completely obsessed with martial arts for that same reason. Even before I started playing drums, I always felt very connected to rhythm in general, so it was a natural choice. There’s something about drumming that is very primal, and that aspect has always appealed to me.”

Former SLIPKNOT drummer Joey Jordison recently said that he was open to to the possibility of a reunion of the MURDERDOLLS.

MURDERDOLLS has been inactive since completing the touring cycle in support of its sophomore album, “Women And Children Last”, which came out in August 2010 via Roadrunner Records.

Jordison, who played guitar for MURDERDOLLS, told CrypticRock.com last year that he “would love to do another record” with MURDERDOLLS. He explained: “I have this punk rock and pop side of me that I don’t really get to get out in other areas in my life. When we did that band, it was just pretty much to express fun, have a great time, and kind of throw a monkeywrench into what was going on in rock and metal at the time, and it worked.” 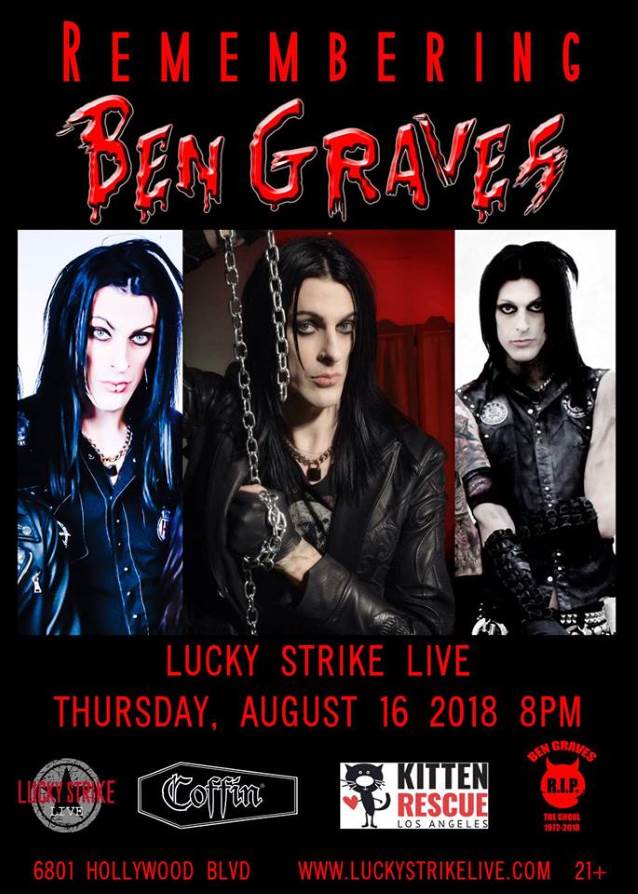