Professionally filmed video footage of MOTÖRHEAD‘s last-ever show in Spain, which took place on July 17, 2015 at the Resurrection Fest in Viveiro, Lugo, Spain, can be seen below.

MOTÖRHEAD frontman Ian “Lemmy” Kilmister, who celebrated his 70th birthday on Christmas Eve (December 24), learned two days later that he was afflicted with an aggressive form of cancer. He died two days later, on December 28, at his home in Los Angeles.

To the surprise of no one, MOTÖRHEAD will not continue without Lemmy. Dee confirmed the decision in a late December interview with the Swedish paper Expressen, saying, “MOTÖRHEAD is over, of course. Lemmy was MOTÖRHEAD. But the band will live on in the memories of many.”

Dee, who’d been in the band since 1992, said that the band’s last tour was very difficult for Lemmy. Dee said, “He was terribly gaunt. He spent all his energy on stage and afterwards he was very, very tired. It’s incredible that he could even play, that he could finish the Europe tour. It was only 20 days ago. Unbelievable.”

With their raw, uncompromising sound, MOTÖRHEAD never became a major commercial success, but Lemmy and his cohorts remained a popular live attraction for the next several decades while winning a Grammy in 2005 and recording a total of 22 studio albums. The most edition of the band, featuring guitarist Phil Campbell and Dee, spent 22 years together, releasing its now-final album, “Bad Magic”, last year. 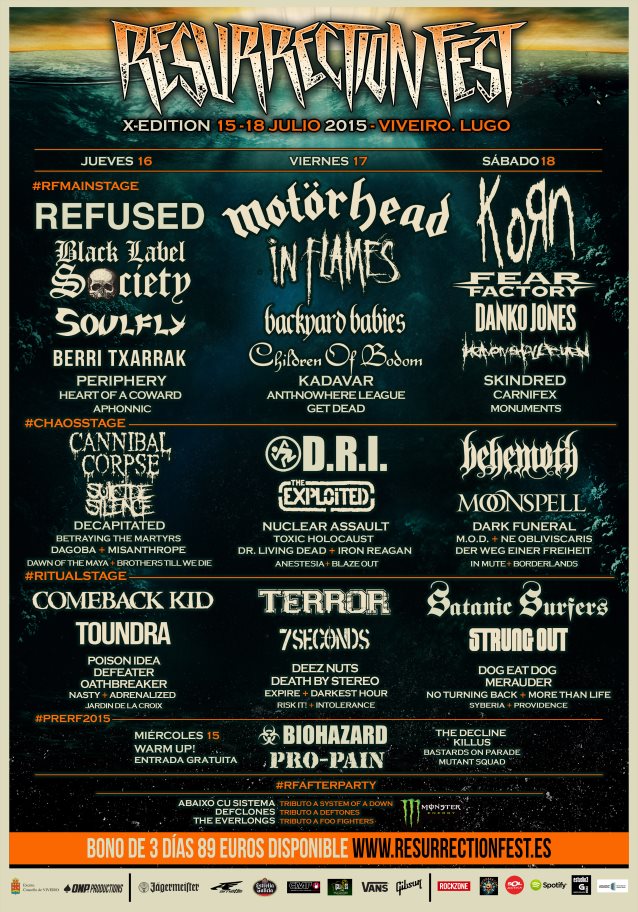