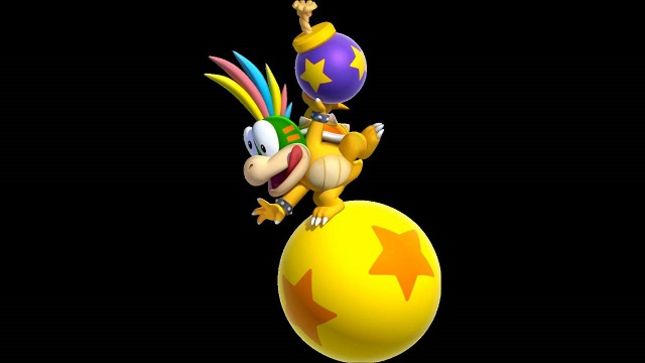 Nintendo product analyst Dayvv Brooks named the band of Koopalings, Bowser’s minions, for the 1990 Super Mario Bros. 3 game for the Nintendo Entertainment System. Brooks explains the naming of the koopalings including Lemmy Koopa:

“Music has always been a big part of my life. I’ve been a DJ for years and have been a music collector for even longer. When I first saw the group of seven Koopalings, music was on my mind.

“The hairstyle on one of them reminded me of Ludwig von Beethoven for some reason and Ludwig von Koopa was born. Next was the one with the glasses—that has to be Roy Koopa in homage to Roy Orbison, who almost always wore glasses. Then Wendy O. Koopa (Wendy O. Williams) (and) Iggy Koopa (Iggy Pop). One looked like a loudmouth, so he was Morton Koopa Jr. from (the) loud-mouthed talk show host Morton Downey Jr. And then there was Larry. There’s no real-world equivalent—he’s not Larry Mullen Jr. from U2 or Larry King—he just looked like a Larry.

“That brings us to Lemmy. In addition to being a great name, it’s perfect for a video game character. This Koopaling struck me as being the kind of character who would do his own thing, no matter what anyone else thought. I think it was those crazy eyes. Lemmy Koopa was in the crew.” 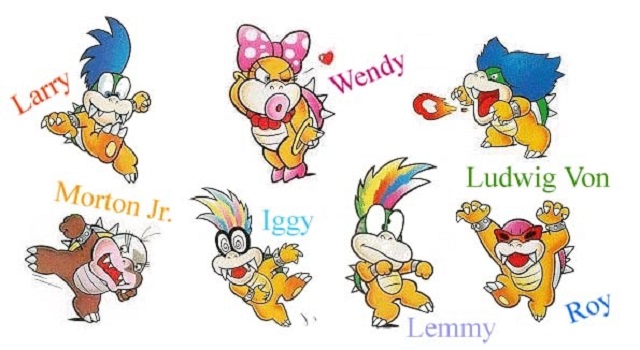 Kilmister died last night (December 28th) from an extremely aggressive cancer, four days after his 70th birthday. Kilmister was in the above photo with Sebastian Bach, which was posted on December 16th on Bach’s Facebook page, just 12 days before his death. Bach is seen holding a Lemmy mask over his face.

Bach released a message about the passing of Kilmister saying: “Goodbye Lemmy, what else is there to say? Goodbye Motörhead, rock ‘n’ roll will be a little less cool starting today. #endofanera”

Motörhead frontman Lemmy Kilmister died yesterday (December 28th) at the age 70. Metallica posted a message saying, “Lemmy, you are one of the primary reasons this band exists. We are forever grateful for all of your inspiration. Rest In Peace. Endless Love & Respect.”

Metallica guitarist Kirk Hammett released a statement to Rolling Stone regarding the passing of Kilmister:

“Lemmy was the finest of gentlemen.

“Back in 1979, when I was 16 years old, I heard ‘Overkill’ for the first time. I thought it was the fastest thing I’d ever heard, and I declared to all my friends that Motörhead were the fastest band in the land.

“And I remember very distinctly having a realization that moment — I realized that it was okay to be an outsider, and that it was okay to not feel like I had to conform to anything that I objected to in my teenage life, because, clearly, the Motörhead guys in this picture looked like they didn’t conform to anything at all, and boy, it sure looked and sounded like they were enjoying themselves as a result. So I got a lot from that pic and that massive sound and that attitude.

“And I have to thank Lemmy, Fast Eddie and also the recently departed Philthy Animal for the inspiration, spark and fire that I felt so strongly from that night in 1979. That inspiration will always be there with me and may the music of Motörhead live on!”

“My heart goes out to his family and friends.

“The Motörhead organisation are in mourning for their friend and mentor to the management and their fantastic crew. Let’s remember Lemmy as he wanted to be: as an iconic song writer and lyricists and R&R rebel.

“I’m sure Phil (Campbell) and Mikkey (Dee) are in shock this was their greatest tour, and I watched them play every night and they sounded great. Sad, sad day.

“Wherever you are mate give ‘em hell.”

“Very sad to hear of the passing of our dear friend Lemmy, he gave so much to the music business and was totally dedicated to his fans. His legend will never die, his life was all about the music, being on stage and a giving pleasure to others.

Iommi’s bandmates, past and present, issued messages for Lemmy earlier:

Ozzy Osbourne – “Lost one of my best friends, Lemmy, today. He will be sadly missed. He was a warrior and a legend. I will see you on the other side.”

Bill Ward – “Lemmy, RIP – so sorry you’re gone. I stand with the countless souls who will miss you, and who love you very much.” 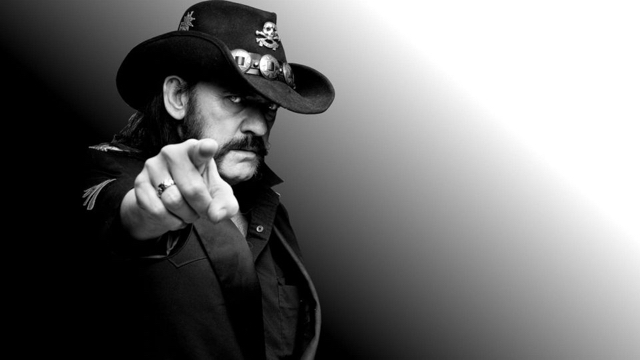 Lemmy was given “two to six months to live” when he found out he had terminal cancer on December 26th.

Motörhead manager Todd Singerman revealed to Sky News that Lemmy went to the hospital two days after his birthday bash at LA’s Whisky A Go Go on December 13th because he wasn’t feeling well. Tests were done, and doctors discovered he had terminal cancer which had spread to his brain.

Singerman told Sky News, “Nobody had any idea, we just learned Saturday, two days ago, that he even had cancer and the doctor told him he had between two to six months to live. He goes today as I was making calls to Phil and Mikkey telling them to come on out so they could have a last goodbye while he was still upbeat and everything. He was feeling mighty low… He wasn’t expected to die like that.

“He gets home (from tour), we have a big birthday party for him at the Whisky A Go Go. His friends came down and played. Two days later I could tell he wasn’t feeling good so we took him to the hospital, they release him, then after the brain scan they found the cancer in his brain and his neck… The doctor comes with the result a couple of days later and says… it’s terminal.”

Motörhead drummer Mikkey Dee told Sweden’s Expressen: ”Motörhead is over, of course. Lemmy was Motörhead. But the band will live on in the memories of many. We won’t be doing any more tours or anything. And there won’t be any more records. But the brand survives, and Lemmy lives on in the hearts of everyone.” 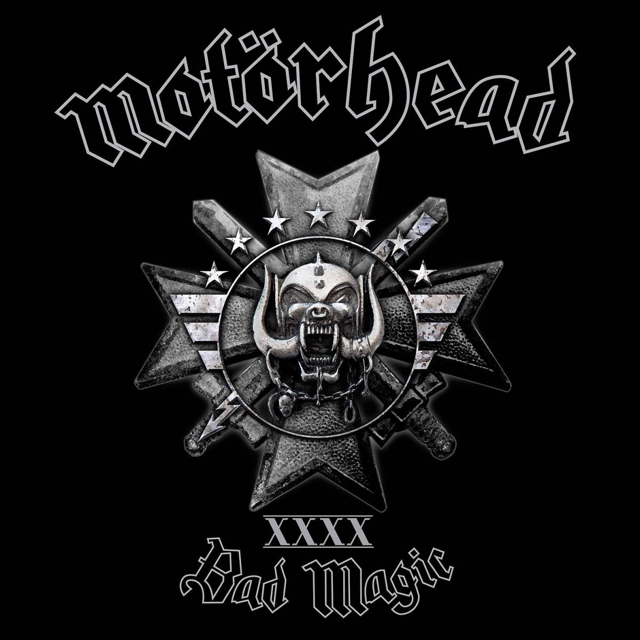