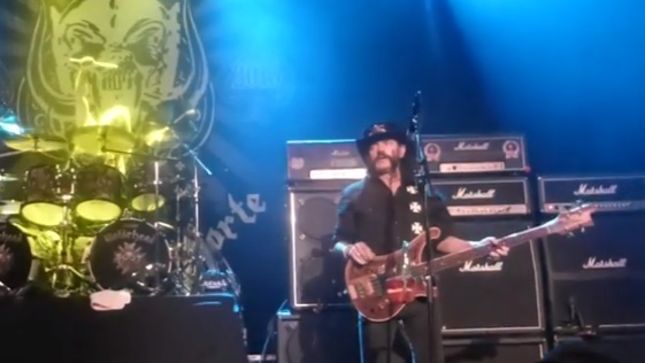 Motörhead were forced to cancel yet another show last night (September 1st) at Emo’s in Austin, Texas. This follows the band’s August 27th show in Salt Lake City which was cut short when frontman Lemmy Kilmister was affected by the high altitude and the cancelled Riot Fest in Denver over the weekend. At Emo’s Motörhead played three songs – “Damage Case”, “Stay Clean” and “Metropolis” – when Lemmy announced “I can’t do it.”

Check out fan-fimed video rom the show below: