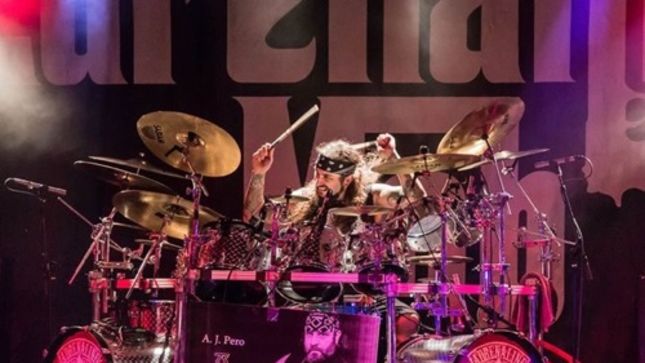 It was with heavy hearts that Twisted Sister said goodbye to their drummer A.J. Pero, who passed away on March 20th.

Portnoy has issued the following statement regarding his participation on the tour:

“As a teenager growing up on Long Island in the late ’70s/early ’80s, Twister Sister were local legends to me (this was years before the rest of the world discovered them via MTV). Along with KISS and The Ramones, they are the quintessential New York band…true Empire State Rock & Roll Royalty! Almost 40 years and 10,000 gigs later, they are still one of the greatest live bands on earth and Dee Snider one of the greatest frontmen in the history of rock.

When their fallen brother AJ Pero tragically passed away last month, I didn’t hesitate a single moment when asked if I could help out with the remaining shows on their calendar. Not only because I love the band and will always be an S.M.F. at heart, but most importantly because AJ was my friend and I want to honor his memory and the band’s legacy.

It’s a strange twist of fate as AJ had stepped in and helped my old band (Adrenaline Mob) when I left, so I’m glad that I can now return the favor and help out his band in their time of need!

It is my absolute honor to help out my fellow Long Island Rock & Roll Saviors, Twisted Fucking Sister!”

To honour Pero’s memory, two shows will take place on the east coast and west coast. The first, on May 30th at the Hard Rock Hotel and Casino in Las Vegas, will be filmed for broadcast, DVD, and CD. The second, for the A.J. Pero family, is scheduled on Saturday, June 13th at The Starland Ballroom in Sayreville, NJ. 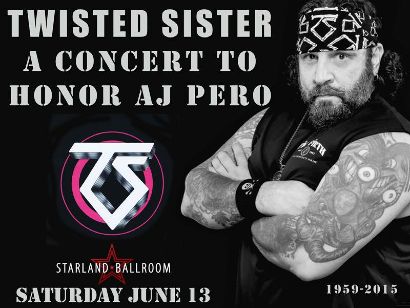 Additionally, fulfilling all concert obligations that have been made for the remainder of 2015 (in several different countries), Twisted Sister want their fans to know all festival dates that they have been advertised as playing will happen.

Finally, Twisted Sister has made it official that 2016 will formally close the touring chapter of their illustrious and legendary career. The Forty And Fuck It farewell shows celebrates the band’s 40th anniversary with the core line-up of Snider, French, Ojeda and Mendoza. 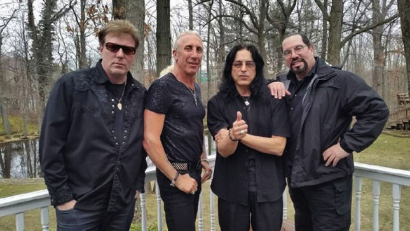