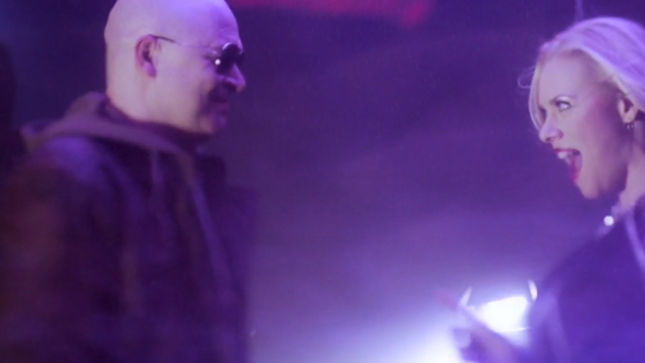 In the clip below, former Helloween frontman discusses the new Kiske / Somerville album, City Of Heroes, as well as working with Avantasia (also featuring Somerville) and Unisonic with ‘Weenie bandmate Kai Hansen:

Kiske / Somerville’s upcoming album City Of Heroes is due out on April 17th in Europe and April 21st in North America. The album is featured on Metal Express Radio’s Daily Album Premiere program today (Wednesday, April 1st); tune in here at 18:00 CET (12:00 noon EST) to check it out.

Kiske / Somerville is the musical collaboration between vocalists Michael Kiske (ex-Helloween, Unisonic, Place Vendome) and Amanda Somerville (Trillium, Avantasia) and this new recording is certainly going to be one of the highlights of the season in rock music. Kiske’s soaring overtones seem to blend perfectly with the ethereal quality and diverse range of Amanda’s voice and this time the results are truly over the top. 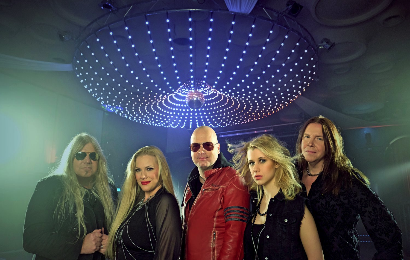 City Of Heroes sees Mat Sinner (Primal Fear, Sinner) and Magnus Karlsson (Starbreaker, Primal Fear) handling most of the songwriting (with a song contribution “Breaking Neptune” from Sander Gommans formerly of After Forever and Amanda Somerville herself) and with Sinner overseeing the production in various recording studios in Europe. Jacob Hansen (Volbeat, Amaranthe, Primal Fear, Pretty Maids, Doro etc.) then took care of the mix of the album ensuring a sonic quality second to none. 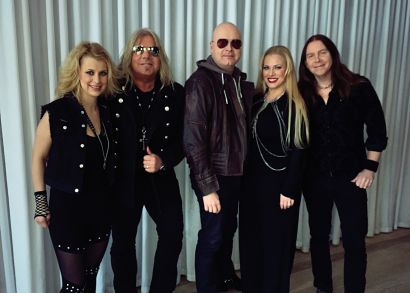 The first Kiske / Somerville self-titled album instantly aroused enthusiasm in the rock and metal community. The two videos off the album -“If I Had a Wish” and “Silence” – amassed a total of approximately 3,000,000 plays to date, which means that these songs can legitimately be considered as nowadays rock classics!

Considered a Metal Diva in the European symphonic metal scene, Amanda Somerville is an American singer-songwriter from Flint, Michigan whose catalogue of projects, guest appearances and live shows garnered to date is an impressive body of work. Since 1999, she has divided her time between the US and Europe, primarily Germany and the Netherlands. She co-wrote the metal opera Aina, and has also been a vocalist, songwriter, producer and / or vocal coach for many bands like Avantasia, Epica and Kamelot, giving her more credibility in metal circles than she ever bargained for. Some of her most recent endeavors include working with renowned artists Alice Cooper, Bonnie Tyler, Ian Gillan (Deep Purple) and many others.

Hamburg-born singer Michael Kiske is best known as the former lead vocalist for the German metal gods Helloween. After his departure from the band, Kiske recorded four solo albums, participated on various metal and rock related projects, such as Place Vendome and he also performed with numerous bands as a guest vocalist. In late 2009, he formed the hard rock/heavy metal band Unisonic, together with his former Helloween bandmate Kai Hansen and began touring again after 17 years.

City Of Heroes will be released in CD, Deluxe edition with a bonus DVD and 2LP vinyl gatefold sleeve. 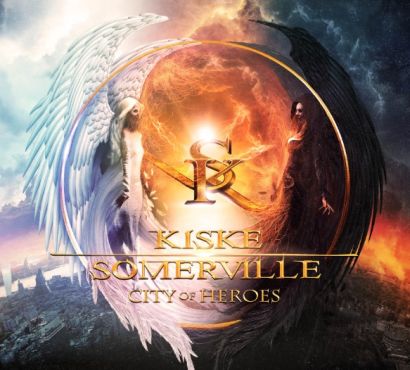 Watch the “Walk Of Water” video below: