METALLICA drummer Lars Ulrich was interviewed on the December 13 edition of SEX PISTOLS guitarist Steve Jones‘s radio show, “Jonesy’s Jukebox”. You can now watch the chat in four parts below.

Speaking about METALLICA‘s first-ever visit to China, which took place in August 2013, Ulrich said: “We hit China [for] a couple of shows… [We did] a couple of nights in Shanghai. Shanghai is one of the great cities of the world. There’s a lot of really cool energy. It’s this great mix between… One side of it looks like Dubai — these crazy futuristic towers — and the other side of Shanghai is sort of British, German and French. It’s got a really cool vibe there. We had, like, three or four days off. It’s one of the great cities. So we played a couple of shows there.”

Asked what the crowd reaction was like for METALLICA‘s concerts in Shanghai, Ulrich said: “The crowd were… [Laughs] Not your average crowd, but certainly appreciative in their own way. I think that there’s no wrong or right way to, obviously, interact at a METALLICA show; it’s not like you get graded on this or whatever, or you don’t behave a particular way, you get asked to leave.”

He continued: “A lot of Asian crowds, and I certainly don’t mean this disrespectfully, but they’re a little more maybe subdued… [After Jones suggests the word ‘polite’] Polite… There you go. ‘Polite’ is a much better word.”

Lars also talked about how the Internet has radically improved access to music for China’s young people, making it easier for bands like METALLICA to perform in the country. “I don’t know if they have the records, but certainly the YouTubes or whatever, streaming… They certainly have access to the music in one way or another,” he explained. “I don’t believe there’s a big record-company infrastructure in that part of the world, but they certainly knew the songs — the songs that we could play. You have to submit your songs for approval, and then you get handed a list of the songs you can play. So we played the songs that we were allowed to play. It was all fine. There was no reason to rock the system. But they certainly knew the music and they were appreciative. I think they were standing on their seats for a while.”

Ulrich confirmed that METALLICA will return to China for three shows next month, starting with another concert in Shanghai on January 15. “The arena there — I think it’s like the Mercedes-Benz or something — I mean, literally if you close your eyes and open them, you could be in Phoenix or the Staples Center [in Los Angeles]; I mean, it’s very Western in that way, so it was great,” the drummer said. “This time [when we hit China in January], we’re playing Beijing also and one more city… I don’t actually think that’s announced yet, but we’re doing three shows out there this time, which we’re looking forward to. So we’re getting up to Beijing this time and expanding it a little bit, so it should be good fun.”

METALLICA‘s first Shanghai show back in 2013 — attended by fans from all over China, including Chinese contemporary artist and activist Ai Weiwei — sold out in minutes and prompted promoters AEG Live to add a second date at the Mercedes-Benz Arena.

At the time, Ulrich spoke of the band’s desire to “get to more [Chinese fans] and maybe there could be a next level relationship between METALLICA and China that could last for decades.”

Vetting by the Chinese authorities for foreign bands and artists isn’t uncommon and has resulted in many big names being refused entry to the country to perform.

The members of METALLICA revealed in 2013 that they were asked to send the lyrics to their entire discography to the Chinese government for approval before they were given permission to play in the country. “We had to give them a whole set of songs and they went through all the lyrics and okayed which ones we could play, which ones we couldn’t play,” METALLICA guitarist Kirk Hammett said. “They see a lyric like ‘Master Of Puppets’ being so subversive that they’re not allowing us to play it. It’s kind of scary.” Added METALLICA frontman James Hetfield: “And that just brings more attention to it, of course. That doesn’t work.”

The Chinese ministry of culture monitors music for vulgarity, as well as political content. In 2009, it reportedly ordered a cleanup of online music sites to address “poor taste and vulgar content.” 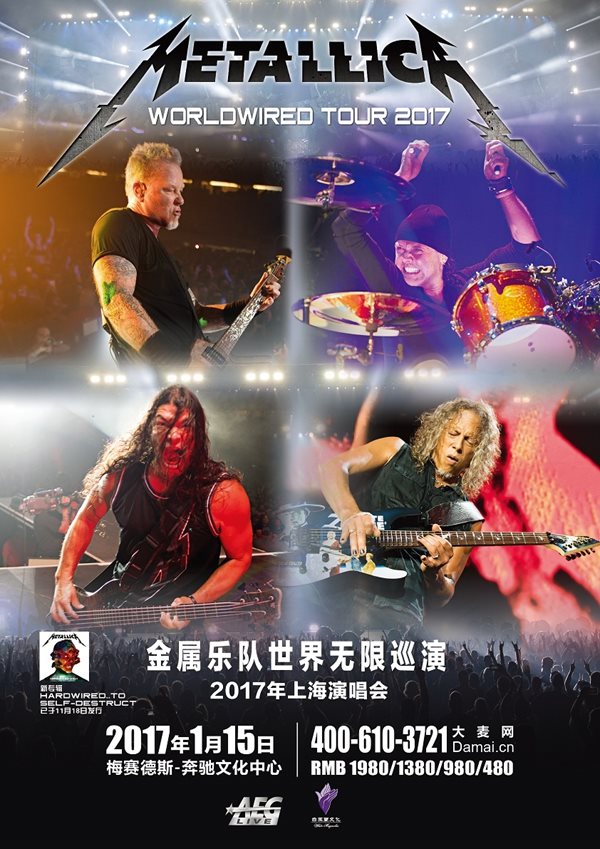