“The ABCs Of Metallica”, an alphabetical history of one of rock’s heaviest bands, METALLICA, will be released on November 26 via Permuted Press.

Featuring hard-rocking rhymes and bold illustrations, “The ABCs Of Metallica” looks back at the remarkable history of one of rock ‘n’ roll’s most celebrated groups. Each letter of the alphabet highlights a significant moment along the band’s journey, from their humble garage days, to their numerous classic albums such as “…And Justice For All” and “Master Of Puppets”, to biographical information on the bandmembers themselves.

The book is co-authored by Howie Abrams (“The Merciless Book Of Metal Lists”, “Hip-Hop Alphabet”), with illustrations by Michael “Kaves” McLeer, who participated in METALLICA‘s “Obey Your Master” exhibit in 2012.

Formed in 1981 by drummer Lars Ulrich and guitarist/vocalist James Hetfield, METALLICA has become one of the most influential and commercially successful rock bands in history, having sold nearly 120 million albums worldwide and generating more than 2.5 billion streams while playing to millions of fans on literally all seven continents. The band’s several multi-platinum albums include “Hardwired… To Self-Destruct”, released in November 2016 and charting at No. 1 in 32 countries.

A portion of the proceeds from the book will benefit METALLICA‘s All Within My Hands Foundation, which is dedicated to creating sustainable communities by supporting workforce education, the fight against hunger, and other critical local services.

Abrams is a former music business executive-turned-author. He co-authored “Finding Joseph I: An Oral History Of H.R. From Bad Brains”, “The Merciless Book Of Metal Lists”, “Misfit Summer Camp: 20 Years On The Road With The Vans Warped Tour”, “Hip-Hop Alphabet” and “Hip-Hop Alphabet 2”. He co-hosts a weekly radio show called “Merciless” with rapper Ill Bill.

McLeer is a legendary graffiti artist, the author of “Skin Graf: Masters Of Graffiti Tattoo” and illustrator for “Hip-Hop Alphabet” and “Hip-Hop Alphabet 2”. He has created logos and graphics for world renowned artists such as the BEASTIE BOYS and brands the likes of Jaguar and Gretsch Guitars. He is an MC in the hip-hop/rock group LORDZ OF BROOKLYN.

To pre-order the book, visit Metallica.com. 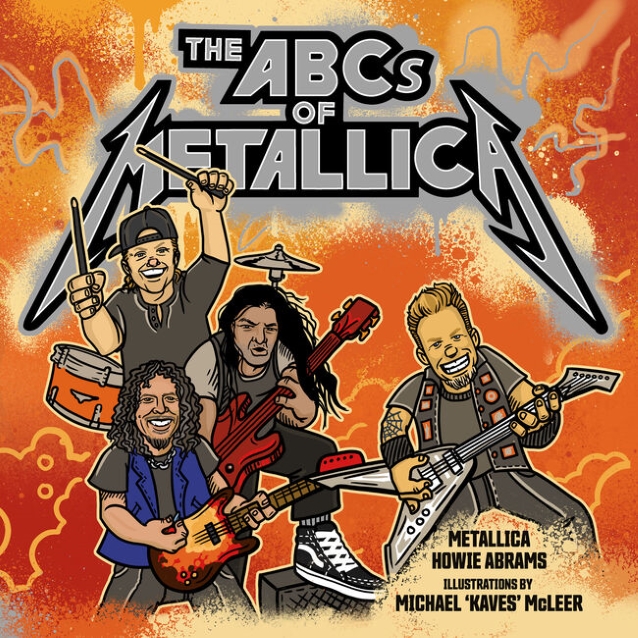