Professionally filmed video footage of METALLICA performing the song “Harvester Of Sorrow” on June 16 at Koning Boudewijnstadion in Brussels, Belgium can be seen below.

METALLICA‘s “WorldWired” tour has played more than 130 shows across the world since its 2016 kick-off.

Last November, drummer Lars Ulrich told The Mercury News that the trek could last through early 2020.

The San Francisco Bay Area metal giants have been touring in support of their latest album, “Hardwired… To Self-Destruct”, which came out in November 2016.

With dates already locked in through the fall, Ulrich was asked if he is tired of touring yet. He replied: “We have the luxury, and we are very fortunate, to be able to set a touring schedule that works really well for us. We kind of set boundaries. We have a two-week rule, so that after two weeks we come home and see our families and kids and get a sense of San Francisco. So, for about a decade, we’ve had a really good setup in terms of how we balance all of it. It takes longer to play the same amount of dates. But the good news is that our chances for not losing our minds — or for playing all the shows, physically, mentally — are much higher, because we have a pace that we feel is at the right level for us. So, it’s good. We still have to go to Australia. We still have to go to Japan. We have a couple of other things planned after Europe.”

Pressed about whether there is any chance the tour will reach into 2020, Lars said: “This may just dip into the beginning of 2020.” 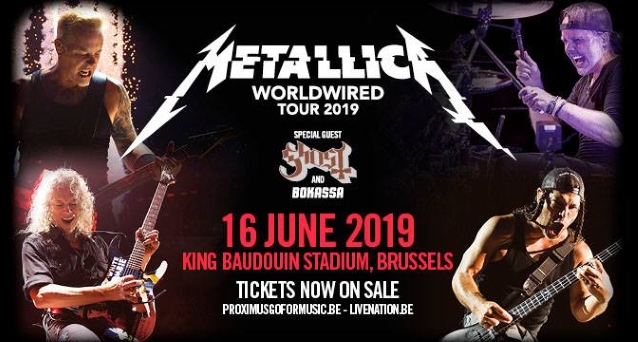