Official video footage of METALLICA performing the song “Confusion” live on March 1 at at Foro Sol in Mexico City, Mexico can be seen below.

METALLICA‘s music video for “Confusion” was directed by Claire Marie Vogel. The clip, in which one soldier’s civilian life blurs into a battlefield, cuts back and forth between a woman fighting in a war zone and working in a mundane office.

Nevertheless, the overall fan reaction to the new disc has inspired the band to release its next record sooner. Frontman James Hetfield told Italy’s Linea Rock, “At least for now, we’ve booked out two years (of touring), at least. So I can’t predict the future, but… I would like to make some new music sooner than eight years, for sure. (You get) such a pleasure and a joy of hearing your new music and having other people hear it. So we don’t wanna wait that long.”

The North American leg of METALLICA‘s “WorldWired” 2017 tour kicks off on May 10 in Baltimore, Maryland and will hit stadiums in 25 cities before winding down in mid-August. Support on the quartet’s first North American trek since 2009 will come mainly from AVENGED SEVENFOLD and VOLBEAT, with GOJIRA taking over for the latter group for the last six shows. 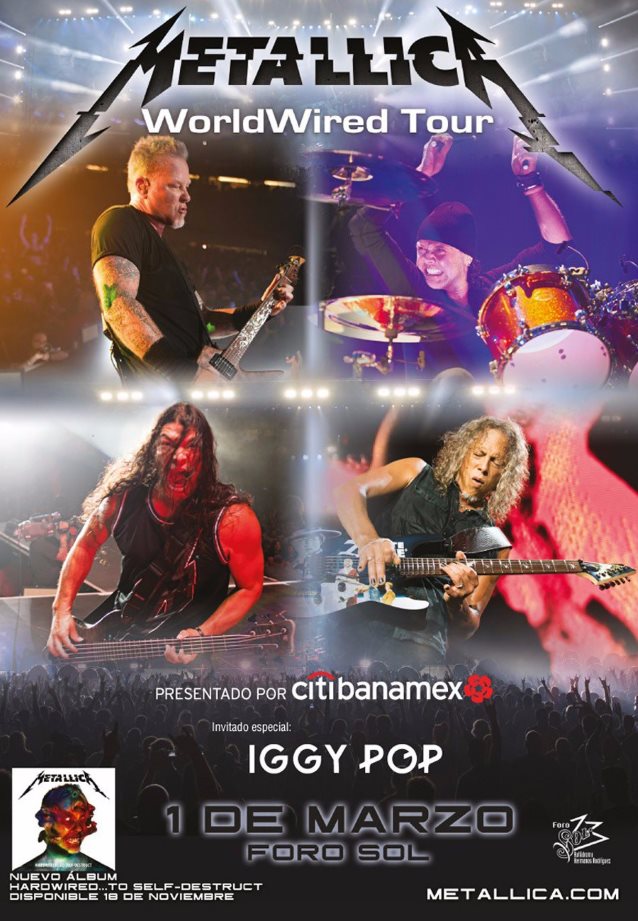