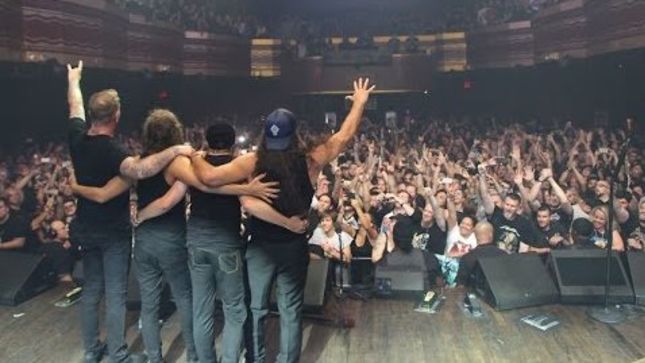 On Tuesday, September 27th Metallica played a special show for their fanclub members at the intimate Webster Hall in New York City. The show marked the 30th anniversary of bassist Cliff Burton’s death as well as serving as hype for the band’s highly anticipated new album, Hardwired…To Self-Destruct.

Fan-filmed video from the show is available below. It includes the live debut of Metallica’s new song “Moth Into Flame”. The setlist on the night was as follows: