The group will also perform a “special set of original METAL ALLEGIANCE songs” from its two studio albums — its 2015 self-titled debut and the recently released “Volume II – Power Drunk Majesty”.

While Ellefson will not participate since MEGADETH will be performing in Indonesia that same night, the group will be joined in Brooklyn by OVERKILL vocalist Bobby “Blitz” Ellsworth.

Tickets are on sale now and can be purchased at this location.

METAL ALLEGIANCE‘s second album, “Volume II – Power Drunk Majesty”, was released on September 7 via Nuclear Blast Entertainment. The thrash-worshiping disc merges old-school legends with the modern metallers of the scene to produce groove-driven, adrenaline-soaked anthems while tackling the frustrating state of the world. 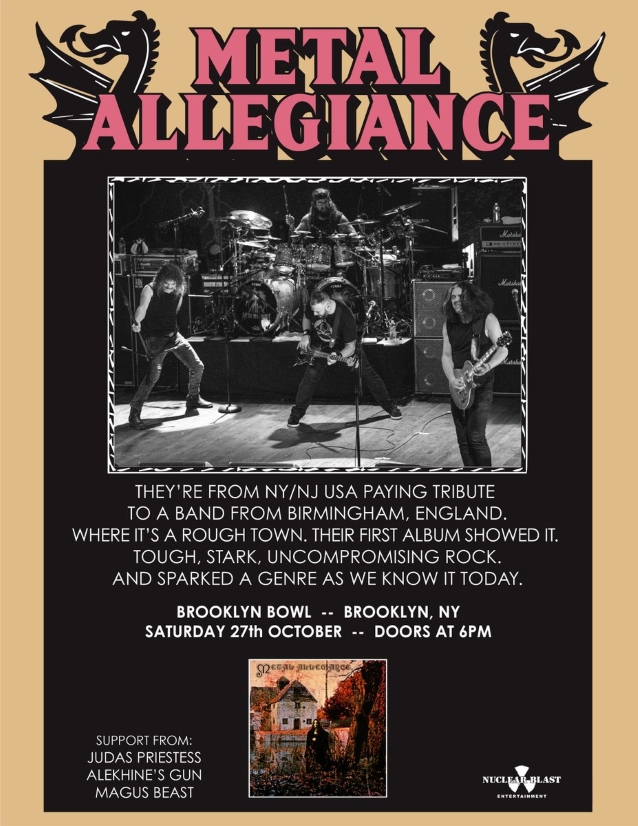